Funeral services for Earl Vincent Schultz will be at 11 a.m. Wednesday at St. Theodore Catholic Church. The Rev. Timothy T. Reker and Deacon Michael Ellis will officiate. Visitation will be one hour prior to the service at the church. Interment will take place at Graceland Cemetery. 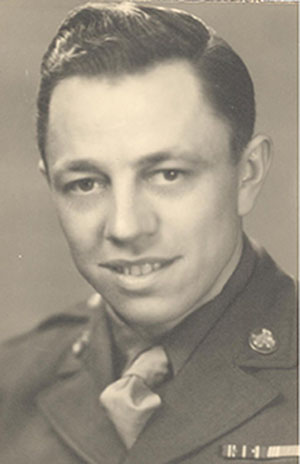 Earl V. Schultz was born on April 13, 1917, to William J. and Alma (Wagner) Schultz in Easton. He attended school through the eighth grade. Earl took a job driving truck when he was a teenager. This job readied him for his future, as he joined the Army during World War II and was a truck driver during his time in the military. Following his discharge he returned to the area and found a job working at Queen Stove Works as a metal fabricator. On April 25, 1952, he was united in marriage to Virginia (Beighley) in Albert Lea, where the couple eventually called home.

Earl was a member at St. Theodore Catholic Church. He was also a member of the Veterans of Foreign Wars and American Legion, where he lent his assistance as a member of the local honor guard. In his free time he enjoyed bowling, hunting, fishing, billiards, horseshoes and cheering on the Minnesota Twins.