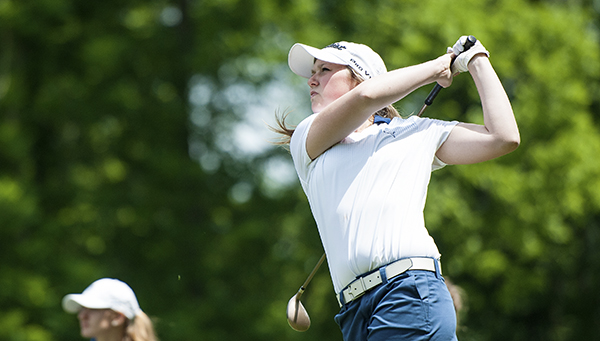 The Albert Lea area proved it was rich with talent Tuesday and Wednesday against the best competition in Minnesota.

Not only did the Albert Lea girls and United South Central boys qualify for state at the team level, the Albert Lea boys sent a trio of qualifiers to state.

Leading the area was Rebels junior Ryan Pederson, the Class A state co-champion. We applaud Pederson and his support system, including his family and coach Brad Huse, for putting him in a position to succeed.

This year marked four consecutive seasons Pederson qualified for state. When he was in eighth grade, Pederson shot a score of 160 to take 14th place out of 88 state competitors.

As a freshman and sophomore, Pederson posted top-10 state finishes, and he will defend the Class A title next year after completing 36 holes in 146 strokes at Pebble Creek Golf Club in Becker.

Leading the trio of Albert Lea boys who qualified for state was Alex Syverson, who was four strokes shy of the top 10.

Syverson showed determination and finished 36 holes in 152 strokes to take 24th place at the Class AA state golf meet at Ridges at Sand Creek in Jordan. He improved on last year’s state total by nine strokes and will look to crack the top 20 and earn a third consecutive state berth next season.

One of the Tigers’ three seniors, Brady Loch, improved on his state total from last year by two strokes and followed Syverson by six strokes.

Albert Lea’s Jack Pulley was a newcomer to the state meet this year and shot a 186 to take 71st place.

On the girls’ side, Albert Lea’s girls’ team followed subsection and section titles with eighth place out of eight teams. Although the Tigers finished last, the team used the experience as something to build on. Coach Shawn Riebe and the team was optimistic for the future with a group that will bring back all 19 players on its roster next year.

Samantha Nielsen led Albert Lea with a score of 181 for 57th place, and Natalie Nafzger and Bailey Sandon showed consistency by scoring in the 40s in all four nine-hole rounds.

Qualifying for the state meet is an achievement in itself, and each qualifier should be proud of his or her accomplishments.