Edward Joseph Lipowski, formerly of Chicago, passed away May 28, 2015, in Groveland, Florida. He was 57. 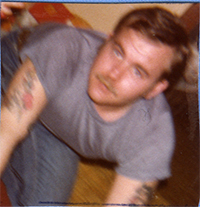 Edward was preceded in death by his parents Edward and Phyllis Lipowski of Chicago.

Edward enjoyed riding motorcycles, fishing, camping and playing cards. He will be greatly missed by all.