Eddie Lee Miller, 65, passed away unexpectedly and heartbreakingly at his home on Sunday, June 7, 2015, surrounded by his loved ones.

Eddie was born Jan. 11, 1950, in Austin to Leonard and Phyllis (Squier-Arp) Miller-Petersen. 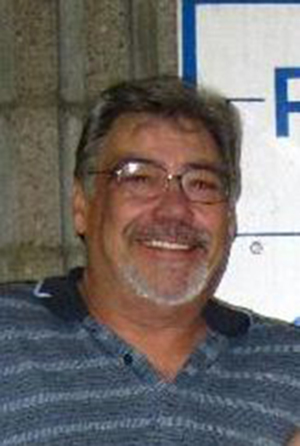 He attended Austin High School. He went into the United States Army in 1968 where he served in Korea. He met his first wife, Chu Ok Kim, there and they married in August of 1970. They had one daughter, Suzie Kim.

On Nov. 11, 1984, he met the  love of his life, Lori Howard, when she tried to run him over on Fourth Avenue. On Oct. 13, 1987, they were married. To this union, they were blessed with three more children, Kari Lynn, Jaci Lynn and David Lee. He had two grandchildren, Walker Morgan and Aubrey Miller.

Eddie was a born salesman, working many jobs doing just that. His true passion, however, was his love for performing music. He was a wonderful singer and guitar player. He had many bands, with his most recent being Blue Denim Band. He made a couple of records of which he was very proud, and also wrote a special song for his daughter, Suzie. His family feels that is where his girls’ creativity came from.

When he was younger he was quite the motor head, always working on cars with many friends, including his brother, Mike, which carried over to his son, David.

Eddie is preceded in death by his father; stepfather, Pete Petersen; his in-laws Ralph and Sandy Howard; his nieces Tanya and Bobee; his nephew, Cully; his brother-in-law, Mike McCarty; and his grandparents.

His wife stated, “Til I get to sing with my music man again, lotsa love always, Lori XXOO”