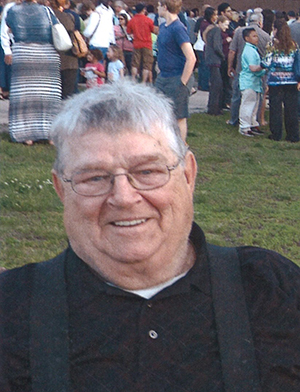 Floyd was born May 24, 1936, the son of Fred and Marguerite (Campbell) Lackey. He graduated from Wells High School in 1955. He was united in marriage to the love of his life, Mildred King, on Aug, 22, 1956. Floyd honorably served his country in the United States Army. He worked for 45 years at Wells Concrete until his retirement. In his younger years Floyd enjoyed stock car racing, and in his later years he enjoyed watching the races and following the racing career of Mark and Dave Noble. He was a member of the Wells American Legion. He also enjoyed fishing and hunting, and driving around in his car to watch his family hunt. He loved watching his grandchildren play sports and spending time with them.

He is preceded in death by his wife, Mildred; granddaughter, Christine; parents; brothers Fred and Richard; and sister, Carole.