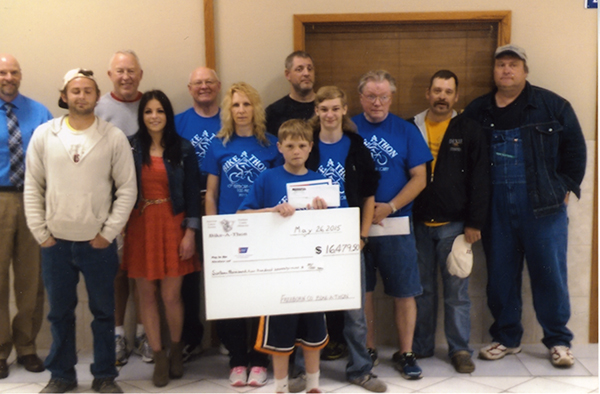 The 43rd Freeborn County Bike-a-Thon Committee awarded prizes for the top 11 who brought in the most donations for the American Cancer Society on May 26 at Skyline Plaza. The prizes were donated by local businesses who continue to support the event.

There were 59 riders and 13 team riders, which consisted of First Baptists Church and service clubs, Kiwanis Day Breakers, Kiwanis Golden K2, Noon Lions and the Aktion Club. The teams raised $5,118, Aktion Club raised $4,448 and the riders raised $7,178.50 for a grand total of $16,744.50. There were 21 riders who completed the ride, with the first place rider coming in at 11:45 a.m. and the final rider rolling in at 4 p.m. The Bike-a-Thon committee thanks everyone who helped make it another safe and successful event.