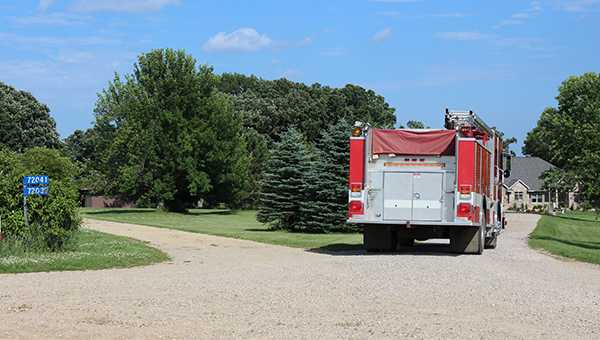 A 12-year-old girl was injured Tuesday afternoon after an ATV crash west of Albert Lea.

The girl, whose name has not been released, was airlifted from the scene, at 72039 Wineglass Road, to a Rochester hospital, according to the Freeborn County Sheriff’s Office.

Deputies were notified of the crash at 4:30 p.m. When they arrived they were directed to the crash, which was southeast of the house.

Once they found the ATV, deputies found the girl was still on the Polaris 400 Sportsman but was leaning over the handlebars.

She had a 15-year-old boy passenger seated behind her who had been ejected but did not appear to be injured.

A news release states the 12-year-old and 15-year-old boy were traveling east on a path, came down a hill and attempted to make a curve to the left but appeared to be traveling too fast to make the curve and hit a tree head on.

The girl sustained injuries to her right hand and abdomen. Her condition is unknown.