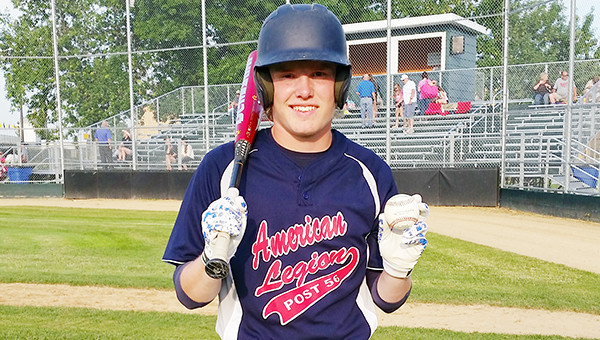 Parker Mullenbach crushed a grand slam over the center-field fence to erase a 3-0 deficit and propel Albert Lea to a 13-3 win over St. Paul Park Friday at Mankato East High School.

Jake Kilby took the win on the mound. He struck out two batters and allowed six hits, two earned runs and four walks in seven innings.

“He gets better every game,” Enderson said. “After the second inning, he really got focused.”

Parker Boyum led Albert Lea at the plate. He was 3-for-3 with an RBI, a run scored and a walk. E.J. Thomas added two hits, and Mullenbach, Alex Bledsoe, Mason Hammer, Zach Edwards, Jake Bordewick and Blake Simon each had one hit.

“The guys who played really came through in a lot of spots for us,” Enderson said.

Albert Lea improved to 3-3 on the season.

Enderson said the last time Albert Lea played in the Mulvihill tournament was in 2013, when Albert Lea’s Legion team combined with Austin.

After games Saturday in pool play against Chanhassen and Mankato National, bracket play will start at 9 a.m. today.