Funeral services will be at 2 p.m. Thursday at the Worlein Funeral Home Chapel in Austin with the Rev. Dale Tupper officiating. Visitation will be one hour prior to the service at the funeral home. Interment will be in Oakwood Cemetery in Austin. Worlein Funeral Home of Austin is assisting the family with arrangements. Condolences may be expressed to the family online at www.worlein.com. 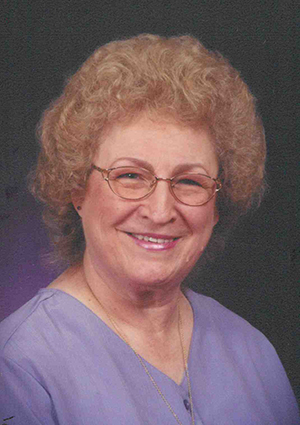 Hazel JoAnn Hartgrave was born Feb. 13, 1938 in Waverly, Iowa, to Charlie and Hannah (Van Lengen) Hartgrave. A 1957 graduate of Austin High School, Hazel worked as a waitress in Rochester for a short time. On May 31, 1958, she was united in marriage to Eugene “Sals” Salisbury at Queen of Angels Catholic Church in Austin, where she remained a member. Hazel worked for a doctor for many years and also helped at St. Augustine Church and the Hormel sales cabin in the kitchen. Hazel moved to Mankato after her divorce and then moved to Laurels Peak Rehabilitation Center in Mankato in 2012. She enjoyed traveling — especially to Branson, Las Vegas, and Hawaii — and was a member of the Eagle’s Auxiliary. Hazel also collected jewelry and spent free time crocheting and doing plastic canvas needlepoints.

She was preceded in death by her daughter Mary Jo; her parents Charlie and Hannah Hartgrave; and her brother Chuck Hartgrave.