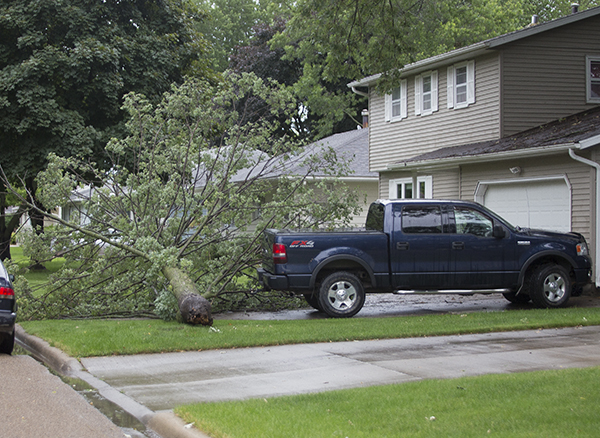 A tree limb stretches across a driveway at 308 Lloyd Place Monday morning after rain storms and strong winds earlier in the day. – Colleen Harrison/Albert Lea Tribune

Portions of I-90 in Austin with high water

Freeborn County was under a severe thunderstorm warning this morning as heavy rains swept through the area.

Some roads were flooded, including portions of Interstate 90  in Austin. The interstate was never closed, but there were areas of standing water.

Wind gusts were expected to reach as high as 70 mph and hail damage and tree damage was expected. 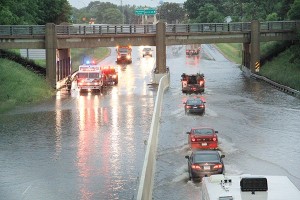 The rain began in the Albert Lea area around 5 a.m. and the warning was set to expire around 7:30 a.m.

The Weather Service said hail could be as large as a quarter in size.

Early reports indicated there may have been some downed trees, and local law enforcement was busy setting up barricades in areas of flooding.

The storm came less than a week after another storm that brought with it heavy rains.

Weather is expected to clear up for the rest of the day, with partly cloudy conditions expected for Tuesday.

Storms are possible off and on throughout the rest of the week as well.