Funeral services for James L. Bakken, 62, of Albert Lea will be at 2 p.m. Thursday at First Lutheran Church. The Rev. John Holt will officiate. Burial will be at Hillcrest Cemetery with military honors accorded by the American Legion and Veterans of Foreign Wars of Albert Lea. Visitation will be from 5 to 7 p.m. Wednesday at Bayview/Freeborn Funeral Home and one hour prior to the services at the church. Online condolences are welcome at www.bayviewfuneral.com. 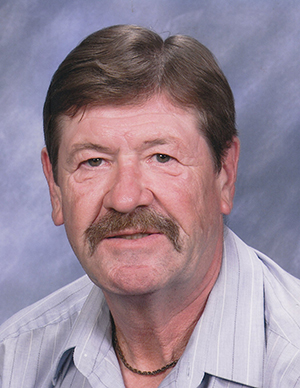 James died peacefully in the company of loved ones on Saturday, June 13, 2015, after a long battle with lung cancer.

James Luverne Bakken was born on Sept. 3, 1952, in Albert Lea, the son of Herschel and Helen (Lorraine) Bakken. James was the middle child of three born to the couple. He grew up enjoying fishing and hunting. He graduated from Albert Lea High School in 1970. After graduation James enlisted in the Minnesota Army National Guard and went to basic training in Fort Jackson, South Carolina. He served in the guard until 1976 when he was honorably discharged. James married Linda Bidne in 1975 and farmed until 1986. He was employed by Fountain Industries for 17 years. He loved to help out on the family farm and enjoyed splitting wood, hunting deer and most of all — fishing.