A memorial service for Jerome “Jerry” J. Tucci will be at 10 a.m. Saturday at St. Theodore Catholic Church in Albert Lea. The Rev. Timothy T. Reker and Deacon Michael Ellis will officiate. Visitation will be one hour prior to the service at church. Interment will take place at a later date. 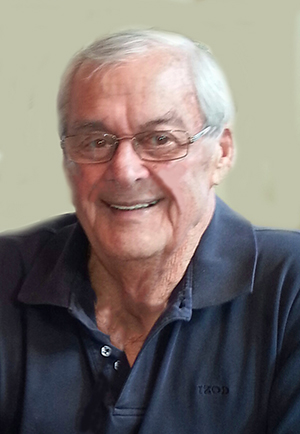 Jerome “Jerry” Tucci was born on April 21, 1938, to John and Minnie (Scalise) Tucci in St. Paul. He graduated from North St. Paul High School in 1956, and later from the University of Minnesota with a bachelor’s degree in business. Jerry was united in marriage to Geraldine “Geri” Younghans on June 16, 1961, in St. Paul. To this union three children were born. Jerry was a member of St. Theodore Catholic Church.

Jerry started his career with Minnesota Mining and worked there for a few years. He moved his family to Albert Lea where he began working at Streater. He later retired as the vice president of human resources.

In his free time Jerry volunteered with many organizations including the Rotary Club, where he was the exchange student coordinator. He was on the Alpha Board and was on the board of directors for Cedar Valley Services, along with many others. He liked to golf, fish and was an excellent woodworker. He enjoyed giving his time to others, and helped any way that he could, and no job was too small.

He is preceded in death by his parents; and two sisters, Mary Ricci and Virginia George.