Memorial services for June Anna Kuster, 77, of Wells will be at 10:30 a.m. Friday at St. Casimir’s Catholic Church in Wells. The Rev. Thomas Niehaus will officiate. Interment will be in St. Casimir’s Cemetery. Visitation will be one hour prior to the service at the church. Bayview/Freeborn Funeral Home is assisting the family. Online condolences are welcome at www.bayviewfuneral.com. 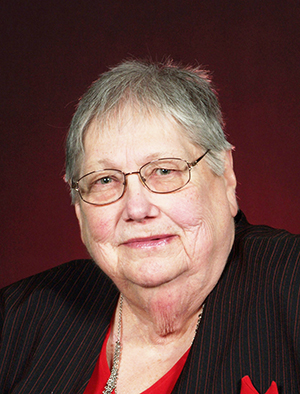 June Anna Kuster was born on April 14, 1938, in Wells, the daughter of Herman and Eunice (Swehla) Johnson. She was a lifelong resident of Wells and attended school there. In 1958 June was united in marriage to LeRoy Kuster at St. Casimir’s Church. She worked for Del Monte and enjoyed being a homemaker. June took pride in cooking, canning and baking and enjoyed sharing her goodies with many people. She bowled for the Del Monte bowling team for many years.

June was preceded in death by her parents; her husband, LeRoy; two sons in infancy; daughter, LeAnn Brandt; and brother-in-law, Lavern Kuster.

In lieu of flowers memorials are suggested to St. Jude Children’s Hospital, St. Casimir’s Catholic Church or the charity of the donor’s choice.