Local theater camp has grown since it began 7 years ago 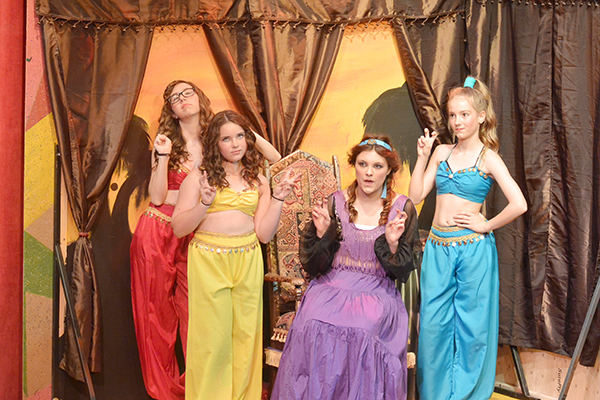 The music and acting industries have something big coming.

Dylan Kaercher of Austin and his staff have organized Dylan Kaercher’s Theatre Camp. This camp pushes actors and singers to think outside of their comfort zones and try things they usually would not.

The camp gives extra lessons on things like acting, choreography and singing, Kaercher said. Kaercher is the executive camp director. 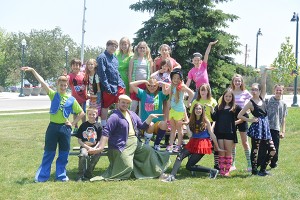 The theater camp is for ages from about 5 to 18 years old. Kaercher asks the kids to bring a laundry basket, lunch and snack, dance shoes (if they own them) and a notebook and pencil. The fee is $100.

Every summer for seven years, the camp has been held at least twice over the course of one week each. This is the second year that it will be taking place in Albert Lea. Others have taken place in Alden-Conger and Austin.

“I participated in theater camp when I was younger,” Kaercher said. “When I finally realized that there was more to get out of camp and more to learn and do, I started my own.”

Kaercher said two of his friends and himself held the first year of their camp when they were only freshmen in high school.

“We had 12 kids that were mostly related to me and were friends of those related to me,” Kaercher said about the small numbers they once had.

But now, the once-small camp has grown. Now there are about six to 12 counselors that are from five different cities and three different states. There are usually 25 to 50 children who attend the camp and even now, half of the first year’s participants still come. 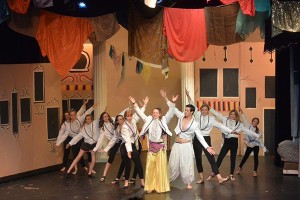 Genie, Aladdin and tap dancers perform “Friend Like Me” during Dylan Kaercher’s Theatre Camp from June 8 through 12. – Provided

“I do think it’s going to keep growing,” Kaercher said. “I tell myself that no matter where I am at in life, I’ll have a theater camp.”

Campers will be guided on how to give a good audition, what all goes into acting and whether they want to pursue a career in the busy music and acting industry.

Finally, at the end of the week, a festive musical with all campers will be performed.