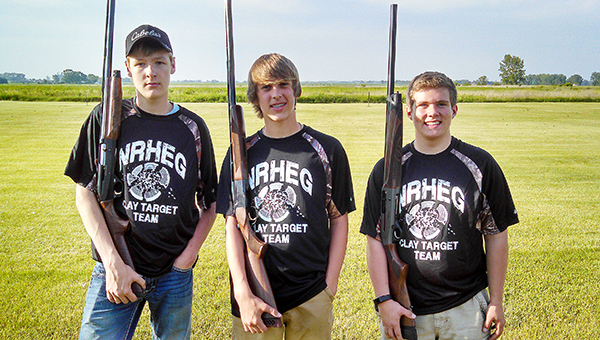 The NRHEG clay target team finished its season on June 14 at the Class 4A tournament in Alexandria, according to a press release.

Twenty-nine of the teams’ 54 athletes made the trip to compete at the novice, JV and varsity levels. Also at stake was the opportunity to return to the Minnesota State High School Leauge state tournament. 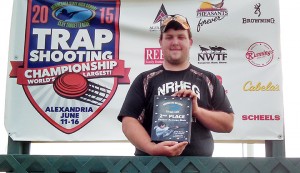 Frank Altrichter of NRHEG received recognition for the second best shooting average in Class 4A. He was awarded All-State status. — Provided

This year, almost all shooters shot near or above their season averages, and some turned in personal bests. However, it wasn’t enough to bring to team back to Prior Lake.

Tyler Raimann turned in NRHEG’s top score with a 96/100 to place in the varsity top 10.

The NRHEG varsity team placed in the top 10 of Class 4A teams, but it needed to be in the top four to advance to the state tournament.

The team was not without any state representation as Frank Altrichter of NRHEG qualified as an individual with a season average in the top 100 in the state. That is a significant accomplishment, considering more than 8,000 shooters statewide, said NRHEG coach Dan Sorum.

Altrichter also received his second-place plaque in Class 4A for his season average of 23.1/25 targets hit per round.

Altrichter’s trip to the Minneapolis Gun Club was successful, as he scored a 91/100. He was awarded All-State status.

On the season, the NRHEG finished second in Conference 4 of Class 4A.

For end-of-season individual awards, Altrichter was presented with the team’s Top Gun Award, and Caleb Hoffmann of Albert Lea was the team’s Most Improved Shooter.

Altrichter, Raimann, Collin Christenson and Brett Kubiatowicz from NRHEG, along with Kyle Bartz, Noah Lund, Sam Bartz of Waseca and Alex Romer of Albert Lea were top 25 shooters in the conference.

Each of those eight shooters, along with Carter Suchanek, Evan Dobberstein, Macoy Schwierjohann, and Tory Christianson of NRHEG, Zachary Eustice of Waseca, were announced as letter winners.

The team wanted to thank its volunteer coaching staff for time dedicated to the squad. The team also wanted to thank the parents, family members and sponsors who supported the athletes along with the Owatonna Gun Club for serving as the home for the team.