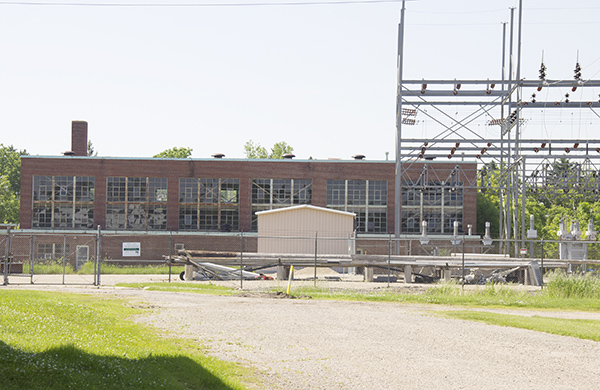 Test on water in Twin Lakes due back today

The Minnesota Pollution Control Agency is testing water samples taken from a city well last week after concerns of a mercury spill were reported at 508 Depot St.

Ownership of the building is still in question.

Freeborn County Emergency Management Director Rich Hall said he was told of the incident, at a former Dairyland Power Cooperative building, through a state duty officer, who is notified anytime a spill is reported. Hall said it was reported by a family member of Mike Klukow, who had formerly worked for Freeborn County in Environmental Services and who was part of Klukow Enterprises. There is a possibility Klukow may have owned the building.

Freeborn County Sheriff Kurt Freitag said the Dairyland Power building closed in 1986, and Klukow died in April of this year. Hall estimated the mercury had been in the building for several years.

Freitag said MPCA officials used sensors and detected “extremely high” levels of mercury in an area in the building, and since then the MPCA has cleaned up that room. A trace amount of mercury remains in the cracks in the tile floor.

Mercury and its compounds are highly toxic and can lead to serious health problems, including with the nervous, digestive and immune systems and on lungs, kidneys, skin and eyes, according to the World Health Organization.

Freitag said he thinks it is unlikely the mercury got into the water supply because the room where it was found was dry.

Authorities are also concerned about several feet of water found in the basement with a layer of diesel fuel.

Freitag said the MPCA is creating a plan to pump out the water and fuel and dispose of it properly and preliminary results showed negative for gasoline containment in the water.

“Overall the entire site still has multiple challenges and Freeborn County and the MPCA are working together to tackle each challenge one by one and clean up things properly,” he said.

Numerous appliances, vehicles, tires and other items could be seen around the outside of the building.

Results of the MPCA testing are due back today. Look to albertleatribune.com for the latest.