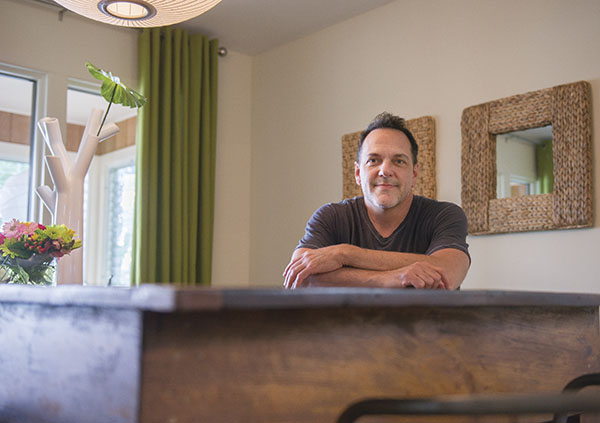 A Des Moines-based store that is the basis of the popular HGTV and DIY Network show “West End Salvage” will open for business mid-July on the first floor of the Freeborn National Bank building, city officials announced Monday.

The city and West End Architectural Salvage entered into a short-term lease agreement for the retail space through November, according to a news release. The building is at the corner of Broadway and William Street.

West End Architectural Salvage— which features everything from furniture to stained glass to doors to tin panels — has inventory from all over the world, including New York, Chicago, St. Louis, Minneapolis, England and the Middle East, according to the release.

“We are excited to bring our fun and funky creations to Albert Lea and are looking forward to an exciting time,” said store owner Don Short.

Short and interior designer Hal Davis with the TV show said the store will open July 15 for the next Wind Down Wednesday. It will also be open from 10 a.m. to 5 p.m. Thursday through Sunday that weekend. It will be open two weekends a month through the lease term.

Albert Lea City Manager Chad Adams said he thinks having the store downtown will be a big asset for the community.

“The city is thrilled to attract a nationally-renowned business, which will bring more retail into our downtown,” Adams said.

The store lease does not interfere with a separate lease agreement the city is in through the end of January 2016 with Kansas-based developer Cohen-Esrey for redevelopment of the bank building. The developer is waiting to find out if it will be awarded housing tax credits for redevelopment of the building and expects an answer in October. The developer has previously stated the project is contingent on the award of the housing tax credits.

Plans for redevelopment include 21 multi-family housing units in the upper floors of both the bank and neighboring Jacobson Apartments buildings and the Albert Lea Art Center on the main floor. The project would not be subsidized housing but would be income-limited, meaning only residents who make up to a certain amount of income would be allowed to live there. The Art Center would rent its portion of the building for $1 a year and has started a capital campaign to raise money for the finishing of the building.

Adams said the city will make $600 a month through November for rent.

The Freeborn National Bank and Jacobson buildings have been under city ownership since 1998.

The Freeborn National Bank was built in 1922 and was originally constructed as a bank on the first floor and medical and professional offices on the upper floors. The Jacobson’s first two floors were constructed in 1888, and the two upper floors were added in 1923. The buildings share a staircase and elevator.

In 2007, the city spent about $2 million to restore the exterior of the Bank Building, including tuck-pointing, a new roof, a skylight and new water, sewer and electrical service to the buildings, among other improvements. Inside, crews have cleaned out asbestos, filled in the basement and taken out a majority of the plumbing.

The news release stated the city will also entertain other term lease agreements between now and the end of November for routine uses but will not consider single-day events.

“West End Salvage” interior designer Hal Davis is featured in the July/August issue of Albert Lea magazine. Davis purchased a home on Albert Lea Lake and is remodeling it.