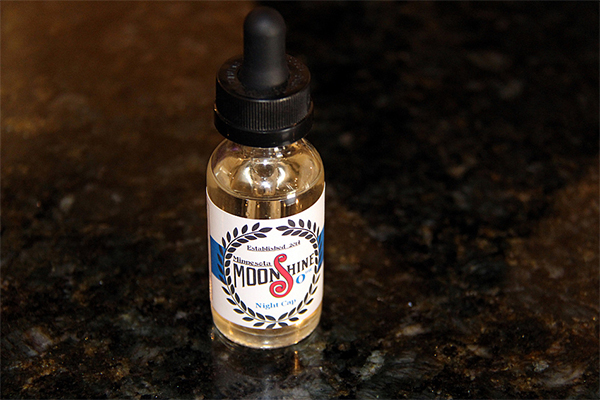 Officials point the finger at the rising use of e-cigarettes and the concentrated liquid nicotine products used with them. The devices, which vaporize nicotine in liquid form, have become a highly popular alternative to traditional smoking. — Mark Zdechlik/MPR News

The Minnesota Department of Health posted a nicotine health advisory showing e-cigarette-related nicotine poisonings among children 5 and younger rising from three in 2012 to 46 in 2013 and 62 last year.

Officials point the finger at the rising use of e-cigarettes and the concentrated liquid nicotine products used with them. The devices, which vaporize nicotine in liquid form, have become a highly popular alternative to traditional smoking.

Health leaders, however, remain concerned that e-cigarettes threaten to hook a new generation on nicotine, undoing gains made in persuading kids to avoid cigarettes.

They said the so-called “e-juice” used in the devices is more toxic than people realize and can kill a curious child who might unknowingly ingest it.

For a 22 pound child, 1/15 of a teaspoon is a lethal dose, officials said Wednesday.

“This is not a safe product for kids,” said State Health Commissioner Dr. Ed Ehlinger of the liquid product. “This (nicotine) is a toxic chemical.”

So far, no Minnesotan is known to have died from ingesting e-cigarette liquid. But it’s likely more kids ingested the toxic mix than the 62 cases reported to the state poison control system, system director Dr. Jon Cole said.

A new Minnesota law that took effect this year requires e-juice to be sold in child-resistant packaging. That was a “big step to keep kids from accidentally ingesting these potentially fatal e-liquids,” Ehlinger said.

“But parents should still use caution and store the products out of the reach of children.”

The Champlin woman a couple years ago was all-in on electronic cigarettes and had lots of small containers of nicotine liquids for vaping, including ones tasting of vanilla and strawberry.

A young mom, Noah said she always tried to keep the nicotine liquids out-of-reach of children. But one day while she was cleaning house a vial of brightly colored, fruity smelling and highly toxic e-juice either fell off a shelf or her year-and-a-half old daughter, Elle, managed to pull it down.

“All of the sudden I turned around and she was drinking it,” she recalled.

She said her daughter became unusually quiet then started screaming and, later, vomiting.

Noah said the poison control center wasn’t very familiar at the time with electronic cigarette liquids but told her to get to an emergency room if the vomiting continued.

It subsided and Elle’s OK. Noah, though, said it seems crazy the state didn’t require the liquids then to be in tamper resistant containers. She’s done with e-cigarettes.

Koplos said he has never had a customer tell him about a poisoning but he’s aware of the problem and said it’s adults’ responsibility to keep kids safe.

“Once the juice leaves our store there isn’t anything we can do to control that,” he said. “I never want this to get in the hands of children at all or anyone under the age of 18.”

Ehlinger on Wednesday warned that the state faces an ongoing problem with teenage nicotine use and that e-cigarettes and liquid nicotine are contributing to the problem.

According to the latest state tobacco survey, in 2014 more than one in four Minnesota high school students reported having tried e-cigarettes.

He and state health officials around the country are awaiting the Food and Drug Administration’s decision on whether to regulate the e-cigarette industry. The FDA is taking public comments through early July.