Funeral services for Norman Hendrik Anderson, 87, will be at 11 a.m. Wednesday at First Lutheran Church in Albert Lea. The Rev. John Holt will officiate. Interment will be in Graceland Cemetery. Military honors will be accorded by Albert Lea veterans organizations. Visitation will be one hour before services at the church. Bonnerup Funeral Service in Albert Lea is assisting the family with arrangements. 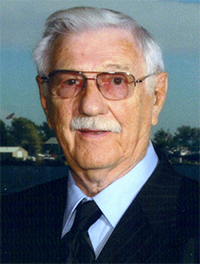 Norman passed away Wednesday, June 3, 2015, at the Veterans Administration Hospital in Minneapolis.

He was born Dec 27, 1927, to Ole and Anna (Franz) Anderson in Albert Lea. He was baptized and confirmed at First Lutheran Church.

Norman served in Korea in World War II with the engineers corp.

He worked with his family’s construction business and for Streater Store fixtures and Larson Windows and Doors, and then for other window manufacturers as a consultant.

He was a member of Mindekirken Norwegian Lutheran Church in Minneapolis.

Norman enjoyed spending time with friends and family. He liked dogs, trips to Colorado, a mission trip to Tijuana, and working on and solving problems.

Norman was a very forgiving and gentle man, and each day — as the sun set — he always said, “Thank you for the day!”