Revisiting the news with a free press purpose

Inside the First Amendment by Gene Policinski

The public furor and the televised flames that reached from Ferguson to Baltimore over the last 10 months have faded — for now — from the headlines.

For some, though, consideration of what happened and how the news of those events was reported remains very much in mind — an aspect of First Amendment freedoms we don’t often consider. 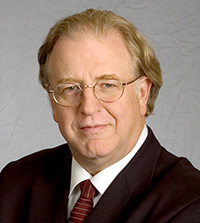 The first 45 words of the Bill of Rights protect religious liberty and freedom of speech, press, assembly and petition from government suppression, direction or prohibition. In doing so, it also provides us with the mechanisms to change the way our nation works.

But it’s up to us to use those mechanisms, and revisiting and reviewing are methods to that end.

Most recently, at a journalists roundtable in Washington, D.C., there was some frank discussion about how the news media report on protests and violence — how some do it well and others don’t. Advocates and critics of a free press both could find something of interest in that three-hour discussion.

For some, it started with what to call the events in Baltimore. “Who decided it … was it a ‘riot’?” asked one attendee.

For some, it was overheated rhetoric to use words like “riots” and “thugs” on the air, or to run headlines of the kind that said “Baltimore is burning,” noting that looting and violent incidents were confined to a near-downtown neighborhood and a few other areas of the city.

But others said “riot” was appropriate, used by city officials, as well as in news media reports. And some said they called the events “unrest” or “pockets of rioting,” to put the city’s situation more accurately and into perspective.

The time pressures on today’s news media emphasize tweeting, going “live” from the scene and to update at an instant — all robbing journalists and news consumers of the ability to present and receive perspective and context, a number of attendees said.

But new digital opportunities also make it possible for a reporter broadcasting a brief on-air report to produce a longer report for the online version of the news outlet. WTOP reporter Mike Murillo, who reported on-the-street from Baltimore, said the combination of the station’s quick-reporting on-air format and longer website posts offered flexibility. “I was able to go where the story took me,” he said.

Too often, many said, journalists report only the immediate event, focused on “the symptoms, not the problem itself,” such as a decades-long absence of jobs for the unskilled. One reporter said he “saw people who just wanted a good quote, instead of talking to people. There was shoddy reporting, because folks didn’t take the time.” But WEAA’s Carla Wills noted that the Morgan State University public radio station was able to use its long-time community ties, knowing “who to call and where to get the story.”

And then there was an account about a national TV reporter and his producer who wanted to keep young men on the street after 10 p.m. ET to be on a “live shot,” even though it meant the men would be violating a newly imposed curfew — a tactic decried by discussion attendees as “manufactured” news, not journalism.

The meeting was the latest in a continuing series of roundtable discussions led by national columnist Richard Prince, who writes “Richard Prince’s Journal-isms” for the Maynard Institute, focused on the issue of diversity in American news media. (He posted a summary of the discussion, a source used here as well as my own notes).

Why is just one such meeting worth noting? It’s just one of many such sessions that go on, small and large, daily among journalists on how to improve the craft — a positive process all too often drowned out by the negativity of those motivated to diminish the impact and engagement of a free press that reports on their actions and decisions.

And, as a mentor of mine once offered, while each life is a grand novel, the reality is that most live that life “in paragraphs” — in day-to-day events and decisions. Perhaps the grand and ongoing effort to improve a free press also rests with meetings that aren’t so much sweeping works of journalism as they are “paragraphs” for improvement.

Gene Policinski is chief operating officer of the Newseum Institute and senior vice president of the Institute’s First Amendment Center. He can be reached at gpolicinski@newseum.org.