Roger M. Nelson went home to be with his Lord on Friday, May 29, 2015. A celebration of his life will be at 1:30 p.m. Friday at Crossroads Evangelical Church in Albert Lea. The Rev. James Peterson will officiate. Visitation will be one hour prior to his celebration service at the church. Interment will be at a later date. 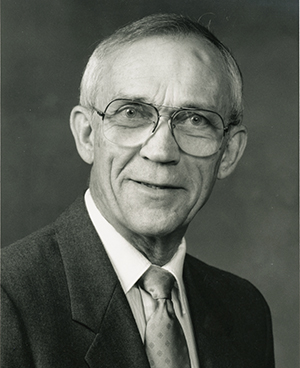 He passed away at his home surrounded by his wife, Marilyn, and family.

Roger was born Dec. 7, 1930, in Brooten to Melvin I. and Ruth (Fauskee) Nelson. He was the oldest of three children. He attended school and graduated from Brooten High School. Roger received his bachelor’s degree from Augsburg College. His love of music led him to his studies in that field and upon graduation he and his new bride, Marilyn, moved to Morton where he taught vocal music in the school district. He also taught in Nashwauk and Windom before moving to Albert Lea in 1956 to begin his new career in life insurance with Lutheran Brotherhood. In 1965, Roger joined Northwestern Mutual Life Insurance until 2002, when he retired at the age of 72.

On March 8, 1952, Roger married the love of his life, Marilyn Edmunds. They met during their college days and spent 62 wonderful years together.

Roger loved the outdoors and started his young family out on countless canoe trips throughout the years. Thirteen of his grandchildren experienced a fishing trip to Canada with their grandpa. Each trip was an adventure that they all cherished. His love and appreciation for the woods started in 1946 with deer hunting in Orr along the Vermillion River with his dad, family and friends. He was captivated by new challenges and different terrain.

He and Marilyn enjoyed many trips to Arizona, Texas and Florida in their motor home. Music was always a great part of his life. He directed the Trinity Lutheran Church choir and the Careyaires for many years.

He was very influential in the early years of the Albert Lea Lake cleanup, helping to organize the very first lake cleanup. He was a member of Noonday Lions Club, chaplain for Truck Stop Ministries and Christian Businessmen, and went on several mission trips to Bogota, Columbia, to work with Children’s Vision International.

Roger was preceded in death by his parents, Melvin and Ruth Nelson; parents-in-law Steve and Gladys Edmunds; and son-in-law, Leo Skogen.

Memorials are preferred to Youth For Christ, The Bridge Lake Mills, Children’s Vision International and Hospice.