Memorial services for R. Wayne Buckmaster of Albert Lea will be at 10 a.m. Monday at First United Methodist Church, 204 First Ave. NW in Austin. The Rev. Marilee Benson will officiate. Interment will be at 1:30 p.m. at Lakewood Cemetery in Albert Lea. Memorial visitation will be from 4 to 7 p.m. Sunday at Bonnerup Funeral Service in Albert Lea.

Wayne passed away at his home surrounded by his loving family on Thursday, June 18, 2015. 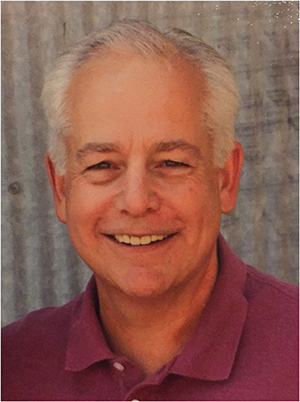 Roy Wayne Buckmaster was born on Aug. 28, 1955, in Chadron, Nebraska, to Donald and Doloris (Chizek) Buckmaster. He graduated from Chadron High School in 1973 and attended Anoka Ramsey College. In 1974 Wayne began his employment as a trackman on the railroad for 10 years. He was united in marriage to the love of his life, Jennifer Hucke, on Feb. 27, 1982, in Chadron. He pursued his undergraduate education at Chadron State College and went onto receive his degree as a doctor of podiatric medicine at Dr. William M. Scholl College of Podiatric Medicine in Chicago. He completed his residency in Hot Springs, South Dakota, and then worked for a short time in Rapid City, South Dakota. Wayne and Jennifer found an opportunity to begin a podiatry practice in Albert Lea and began Family Foot Care in 1992.

In 1995, he began working at Albert Lea Medical Center, where he also served as chair of the surgery division and was a member of the medical center leadership team. He regrettably had to take medical leave in October of 2013. He was a member of First Baptist Church, Kenwood Chapel, in Chadron. He was called back to his faith and attended First United Methodist Church in Austin.

Wayne was a beloved son, brother, husband, father and papa. He loved nothing more than to spend time with his family and spoil his three grandchildren. He also enjoyed fishing, baking, working as a podiatrist, gardening and was especially proud of his impeccable lawn. Do not forget about his true passion, Nebraska Cornhusker football!

Wayne is survived by his wife, Jennifer, of Albert Lea; daughters Lynsie Moritz and her children Grayson and Cora of Austin and Brittany (Travis) Vlaminck of Rochester and their son, Sullivan; mother, Doloris Buckmaster; sister, Jolene (David) Meyer, of Sergeant Bluff, Iowa; sisters-in-law Janet (John) McGary of Plymouth, Nebraska, Connie (Tim) Rounds of Scottsbluff, Nebraska, and Susan Hucke of Chadron; along with his many nieces and nephews.

He was preceded in death by his father, Don Buckmaster; his grandparents; and his father-in-law and mother-in-law Farren and Betty Hucke.

Memorials are suggested to the First Baptist Church-Kenwood chapel in Chadron, First United Methodist Church in Austin or to the Cancer Center of Mayo Clinic Health System in Albert Lea.