Shelter raises about $5k in Buckets on Broadway fundraiser 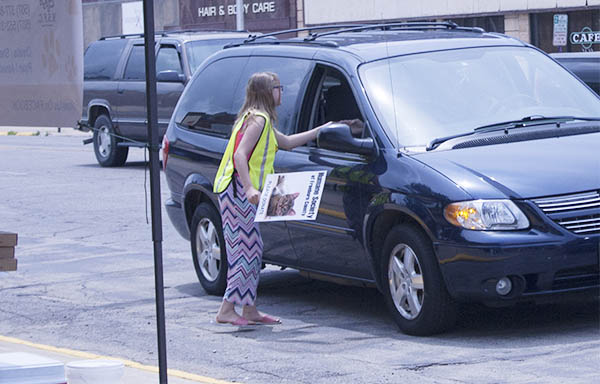 The Freeborn County Humane Society kicked off their sixth annual Buckets on Broadway fundraiser on Friday. They started collecting money at 7 a.m. and finished at about 6 p.m. Friday night.

The shelter currently has around 10 dogs and 60 cats.

“During this time of year we’re seeing a great influx with the cat population over other times of the year,” Christa DeBoer said.

Last year they raised about $4,000 with a goal set for this year at $15,000. The money is raised for operating costs for the shelter along with food and utilities. This year they managed to raise a few hundred more dollars than last year with a total of $5,106.

Volunteers stood on the corners of the intersection of Broadway Avenue and Main Street in downtown Albert Lea with signs and donation buckets.

“The Humane Society does a lot of Freeborn County and community work on like spaying and neutering the animals,” DeBoer said. “We do a lot of things with a pretty small budget.”

Anyone who would like to volunteer at the shelter can call the Freeborn County Human Society at 507-377-8501 or go to the shelter and find out more information.

Anyone looking to donate but couldn’t on Friday can mail donations to PO Box 423, 101 James Ave., Albert Lea, or drop it off at the shelter from 1 p.m. to 5 p.m. on either Tuesdays and Thursdays or from noon to 5 p.m. on Fridays. People can also go to their website and donate through their PayPal account.