The special session finally concluded in the early morning hours on Saturday this past weekend. While contentious at times, each of the bills passed including the Agriculture and Environment bill, which I spent a lot of time on, included important sections that will make a difference in the lives of Minnesotans everywhere. 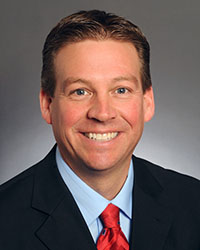 This session we also walked away with big wins in education. This weekend we passed a $525 million education bill that gives schools a 2 percent per-pupil funding formula increase for both FY16 and FY17. These increases mean school budgets won’t be squeezed and classroom sizes can be kept at good levels for an optimal learning environment. The E-12 bill also included historic investments in early childhood education, with an emphasis on preparing Minnesota’s youngest learners for kindergarten. The bill also included $10 million in compensatory pilot grants for seven school districts across the state, including Albert Lea. I’m proud of the education bill we passed this session.

The jobs bill we passed this weekend included some important initiatives for workforce development and workforce housing that will really help our part of the state. Many communities across the state, including Austin and Albert Lea, have employers who want to expand and hire more workers, but the lack of adequate housing has stalled their efforts to grow their companies. I worked with stakeholders to create a new grant program that will assist getting these projects off the ground. This budget bill also funds a number of business development tools including adult workforce development, job training partnerships and the Greater Minnesota Business Development Infrastructure program.

This weekend we also passed the Agriculture and Environment bill, which contained important provisions for turkey farmers and for agriculture research funding. This session I worked with the entire agriculture community including commodity groups, Agri-Growth Council, farm organizations and the forestry industry to address a loss of research and education dollars directed at the backbone of our state economy. Through our united effort we secured funding for a grant program to rebuild critical research infrastructure in Minnesota.

This same bill also included an emergency funding package to help the Department of Agriculture and the University of Minnesota fight the avian flu outbreak which has affected nearly 8.5 million birds so far.

Unemployment benefits for poultry workers who are out of work due to the virus was also a provision that was included in the Jobs bill.

The Agriculture/Environment bill also included important compromise language for buffers that will help protect the environment and landowners. Earlier this year Gov. Dayton made addressing water quality a priority of his and offered a new buffer requirement as his primary solution. While the governor’s initial proposal raised some concerns, we worked with interest groups this session to find options to move something forward that we could all agree on. The provisions that finally passed were not as stringent as the original proposal. In general, it requires a minimum 30-foot buffer on public waters (50-foot average) and to meet existing law (16.5 feet) on public drainage systems or the use of alternative practices as approved by the Board of Water and Soil Resources. In addition to more flexibility, $22 million will be appropriated from the Clean Water Fund for soil and water conservation districts to assist landowners with implementation. One of the many additions also in this bill was the language to include Shell Rock River to the list of state water trails.

Special session activities also included passing a $180 million dollar bonding bill. While small, this bill does address critical state-owned infrastructure repairs across the state. The bill also includes the Steele County Public Works Building, which I was in regular contact with the county about. I was also happy to see funding for local roads and bridges. These funds with help get projects done on county, city and township roads.

If you have questions regarding these or other matters, please contact my office at 651-296-9248.

Dan Sparks, DFL-Austin is the state senator for District 27.