Funeral services for Thomas W. Sosebee Sr., 82, of Albert Lea will be at 2 p.m. Wednesday at Faith Baptist Church. The Rev. Dennis Seiler will officiate. Interment will be in Graceland Cemetery with military honors accorded by the American Legion and Veterans of Foreign Wars honor guard. Visitation will be from 4 to 6 p.m. Tuesday at Bayview/Freeborn Funeral Home and one hour prior to the service at the church on Wednesday. Online condolences are welcome at www.bayviewfuneral.com. 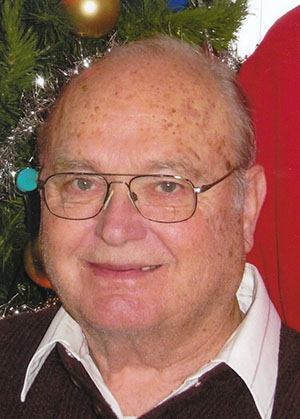 Tom was born June 20, 1932, in Blue Ridge (Pierceville), Georgia, and lived in Illinois prior to moving to Albert Lea in 2002. He accepted Jesus as his personal Savior in July of 1948 at Mt. Liberty Baptist Church in Blue Ridge, the highlight of his life with Jesus. He was ordained as a deacon in 1988 in Waukegan, Illinois. He attended Faith Baptist Church in Albert Lea where he faithfully served. Tom was a member of the Illinois and the Indiana Baptist Lay Renewal teams and served on many church building teams. He was a man of honesty and integrity, his word was his bond and his greatest desire was that all would come to know the Lord Jesus Christ. His wit, friendliness and ready laughter were his charm. Tom was a southern gentleman.

Tom was a veteran of the United States Air Force, having served in France. He attended special classes at Milwaukee School of Engineering. He volunteered with Hospice and Respite at Vista Medical Center and at Park Place Senior Center in Waukegan. He was a Crossroads Hospice and Senior Resources volunteer. Tom was known by his many friends as the man who could fix or repair anything, and had the necessary tools or materials. If you needed a helping hand he was there. He was medically retired from Trailways Inc. in 1986 after 18 years of service as a tour driver. Tom was formerly employed by the Secretary of State and Stauffer Chemical in Illinois.

His family stated, “Mourn not too long that he is gone, but rejoice forever that he was and is now in the Lord’s presence for eternity.”