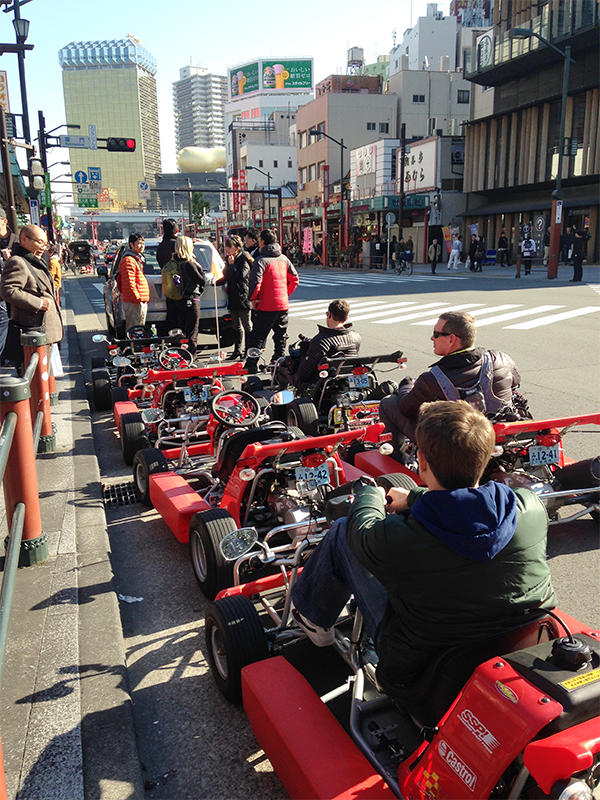 Peter Staloch, formerly of Freeborn, and his girlfriend Kelli Wirth tour Tokyo by go-kart during a trip there in December. — Provided

That’s what the Travel Channel TV show “Trip Flip” promises those who get on the show. One former Freeborn resident got to experience that first hand. 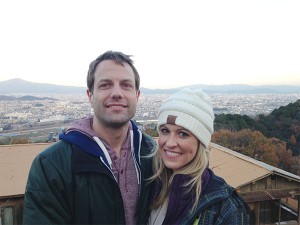 Peter Staloch, formerly of Freeborn, and his girlfriend, Kelli Wirth, had a chance to travel to Japan for a week in December with “Trip Flip.”

“Trip Flip” and its host, Bert Kreischer, takes people on trips around the world where every activity is a surprise.

Staloch, 36, and Wirth, 30, were first approached by “Trip Flip” in September in Minneapolis, where the couple was living at the time. Staloch and Wirth now live in Seattle, as Staloch took a job with Amazon in April.

Staloch said he and Wirth were going to a Minnesota Twins game and Kreischer and his camera crew stopped them on the street.

Staloch said Kreischer asked them a lot of questions, but didn’t reveal they would be going to Japan until the end of their conversation. From there, Staloch and Wirth were one of eight couples who had been approached by Kreischer that day.

After a follow-up application questionnaire and a Skype interview with the producer, Staloch said he and Wirth found out they would be the couple going to Japan in November.

At first, Staloch said it was awkward to have the film crew following them around, but after a while he and Wirth got to know them and it wasn’t as strange after that.

Once Staloch and Wirth met up with Kreischer, he took them on both a go-kart and helicopter tour of Tokyo. 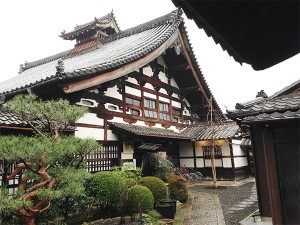 After their time with “Trip Flip” was over, Staloch and Wirth stayed an extra week in Tokyo and stayed with Akira and Yoko.

“We got along with them really well,” Staloch said.

The following morning, Staloch and Wirth went to Tokyo Station and took a bullet train to Kyoto, Japan. In Kyoto they took a two-hour boat ride down the Hozugawa River and got to see snow monkeys.

“It was a pretty unique experience,” Staloch said.

The next morning Staloch and Wirth headed to a Buddhist temple where the head monk taught them meditation. From there, the couple headed south to the island of Okinawa, where they went scuba diving with whale sharks.

In Okinawa, Staloch and Wirth got to experience dragon boat racing and karate. At the end of the trip, they got to explore some ancient castle ruins.

The biggest thing Staloch said he took away from the trip is realizing how fun travel is.

“Life’s not about materialistic things, it’s about experiencing things,” he said. “It kind of gives you the travel bug.”

Staloch and Wirth were on “Trip Flip” on Tuesday on the Travel Channel.