Wind Down Wednesday a success despite storm, eventual downpour 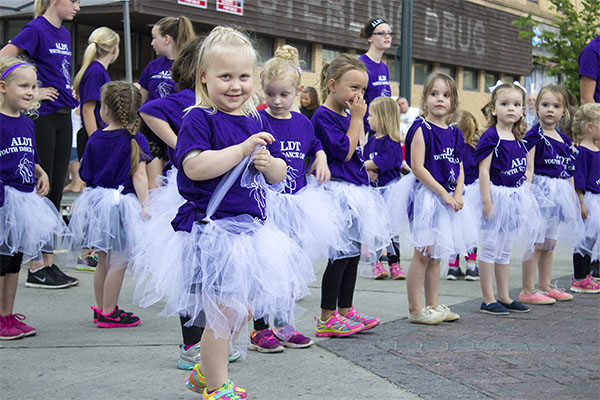 Dancers were all smiles before beginning their routine at Wind Down Wednesday despite the gloomy weather. -Hannah Dillon/Albert Lea Tribune

Raindrops didn’t deter youth dancers at the first Wind Down Wednesday of the summer.

The weather had been hit-and-miss all day, according to Albert Lea Convention and Visitors Bureau Executive Director Susie Petersen.

Right around 6 p.m., campers from the Albert Lea Dance Team Youth Camp started their routines just as rain began to fall from the sky. As soon as the dancers finished, the rain quickly intensified into a downpour.

While Wind Down Wednesday finished early, Petersen said it was still a great day.

Nearly 70 children took part in the one-day clinic, which was Monday at Southwest Middle School. These children ranged in age from incoming preschoolers to seventh-graders.

About 35 of the 51 dance team members were able to volunteer as camp instructors, Routh said.

The camp is the first fundraising effort of the 2015-16 school year for the dance team, Routh said. They will also be doing car washes, having a burger basket night at the Moose Club, selling water at the Third of July Parade, as well as performing and selling fan shirts, among others.

“We just try to get our girls out there in the community,” Routh said.

The dance team is fundraising to get new uniforms, as well as possibly getting new uniforms for the jazz dancers.

Petersen had positive things to say about the youth dancers.

“Honestly, it went so well,” she said, despite the rain. “You just never know with the weather.”

New this year to Wind Down Wednesday were a number of craft vendors, including vendors selling granite lazy susans, hand-painted scarves, walking sticks and birdhouses.

Echo Messenger played in the evening, and at noon Chloe Hope & Co. performed. Both groups are local.

This is the first year for Chloe Hope & Co. to perform at Wind Down Wednesday. Echo Messenger has played before and had such a good response the Convention and Visitors Bureau got them again this year, Petersen said.

The dancers were also new this year, as this is the first year for the Albert Lea Dance Team Youth Camp. It went so well this year Routh hopes to do it again next summer, as well as possibly in the fall.

“As a coach, I was just very proud,” she said. “I don’t know who had more fun — the youth campers at this event, or our dance team.” 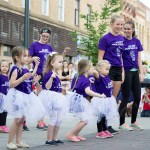 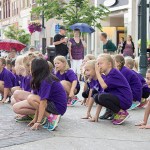 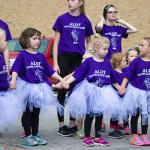 Dancers hold hands before performing at the first Wind Down Wednesday of the summer. – Hannah Dillon/Albert Lea Tribune 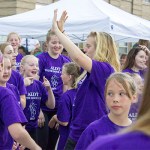 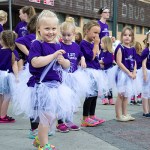 Dancers were all smiles before beginning their routine at Wind Down Wednesday despite the gloomy weather. -Hannah Dillon/Albert Lea Tribune