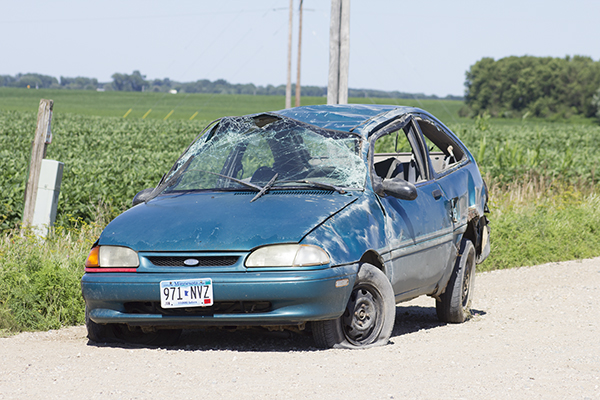 HAYWARD — A man was taken to the hospital as a precaution Thursday afternoon after his car rolled over on 200th Street, less than a mile from Hayward.

The driver, Gabriel Lopes Antonio, 20, of Forest City, Iowa, was traveling eastbound in a 1995 Ford Aspire on 200th Street when he struck some loose gravel, according to the Freeborn County Sheriff’s Office.

He then reportedly over corrected, which caused him to go into the south ditch. As he was coming out of the ditch, the vehicle reportedly rolled twice and ended up on the north side of the road, facing west.

He was taken to Mayo Clinic Health System in Albert Lea for precautionary measures.

Speed or alcohol were reportedly not a factor in the accident.

Lopes Antonio did not have any passengers.