2nd suspect turns himself in

AUSTIN — The second suspect accused of robbing the Freedom Value Center in Austin at knifepoint has turned himself in. 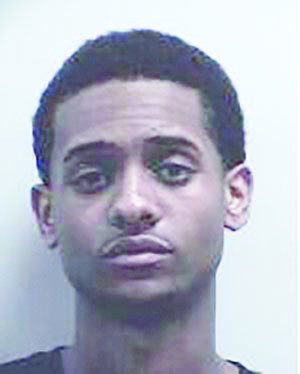 Their partner, Charles Morris of Albert Lea, was charged Friday with aggravated robbery.

According to a court complaint, the robbers hit the gas station, located at 101 Fourth St. NW, at about 1:30 a.m. Tuesday. One of the robbers, allegedly Morris, grabbed the clerk from behind and threatened to cut her with a knife if she moved. The other robber, allegedly Smith, forced the clerk to put money inside a bag before the two left.

Witnesses told police the two men came out of a Red Pontiac which drove around the area at the time of the robbery and sped north on Fifth Street Northwest after the crime.

Police found several items in the parking lot of nearby Integrity Realty, including a Brick Furniture card addressed to Smith and his girlfriend. In addition, the clerk recognized Smith’s voice, according to the complaint.

A Brick Furniture salesperson in Albert Lea positively identified Smith, who had visited the store several days before the robbery, from police photos.

Morris was arrested in Albert Lea Wednesday and told police he was with his girlfriend in Rochester on July 20. He said he and his girlfriend stopped in Austin on their way home so he could use the gas station bathroom, but he denied robbing the store or spending time with Smith for the past month.

Smith and Gach will be charged this week. Morris’s next court appearance is Aug. 6.