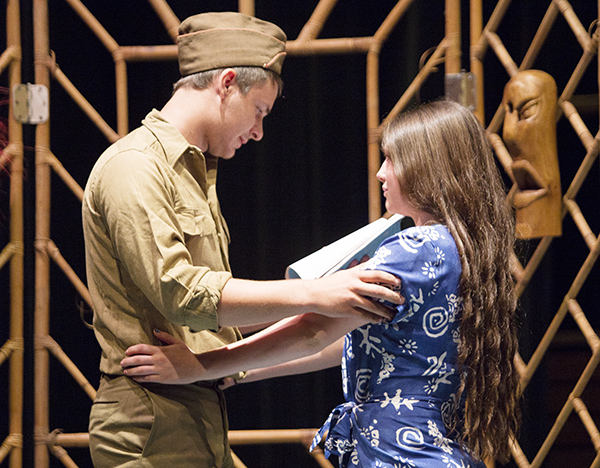 Area children and adults are practicing their acting and singing for a musical that will be performed at the Marion Ross Performing Arts Center.

The group of actors with Albert Lea Community Theatre is practicing for the award-winning play “South Pacific” to be performed and opened at 7:30 p.m. on July 16.

With around 45 years of experience, Steven Kinney chose this 1949 broadway musical to be one of the four plays he directs each year. Kinney is partnered with musical director Barb Lang and choreographer Joyce Matthies.

This classic musical was first directed by Joshua Logan and Oscar Hammerstein II wrote the lyrics. The music was produced by the famous Richard Rodgers.

The musical numbers include hit songs “Some Enchanted Evening” and “There is Nothin’ Like a Dame.” 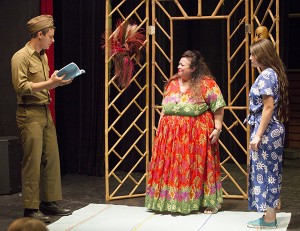 The music is great and memorable, Kinney said. A lot of older folks have known the music for years and get excited when they recognize the tunes, he said.

The main plot centers around two distraught couples during World War II. A young nurse from Arkansas, Nellie, falls for a wealthy French planter, Emile. Nellie faces racial discrimination and challenges once she finds out about Emile’s two Tonkinese children.

Along with Nellie, successful Lt. Joe Cable is tempted by a beautiful Tonkinese woman.

Together, Nellie and Cable jump through obstacles of the 1940s decade: racism and prejudice.

“It was quite daring to even touch the racial plotline of that time,” Kinney said.

“It’s a lot of fun,” Kinney said. “Good music, good talent. We’ve got good musicians. We have older actors who know what they are doing and we have younger ones who are picking it up fast. It’s a cooperative, hard-working, fun bunch.”