No one injured in altercation

One man is in custody this morning after allegedly threatening to shoot someone Thursday night in an Albert Lea apartment.

Brandon Milian Irwin, 21, of Albert Lea was taken into custody without incident outside of an apartment at 1420 1/2 Lee Ave. He was taken to the Freeborn County jail pending further investigation. 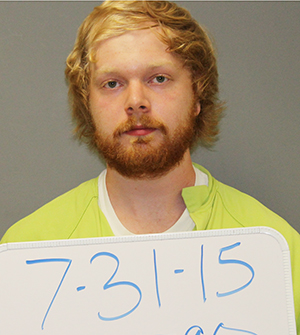 Irwin was held at the jail on charges of felony second-degree assault and felony terroristic threats.

The Albert Lea Police Department received a report of a possible assault in progress involving a firearm by a third party at 11:19 p.m. Thursday at the Lee Avenue apartment.

Albert Lea officers, along with Freeborn County Sheriff’s Office deputies, responded  and obtained a perimeter of the residence.

Before law enforcement entered the residence, a 26-year-old Albert Lea man left the apartment and was also taken into custody without incident.

The man wasn’t charged and he was released.

Upon searching the apartment, police recovered and seized a firearm and ammunition.

No one were reported injured, and according to police, there is no threat to the public.