About 80 cars are expected at annual Fourth of July show 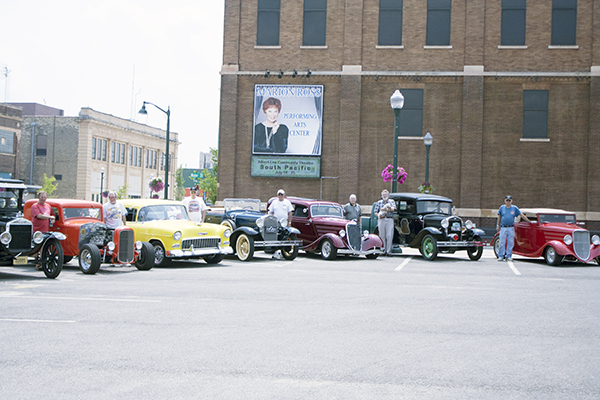 Some members of the Old Car Club stand with their cars. These are just some of the cars that will be featured in this weekend’s car show. -Madeline Funk/Albert Lea Tribune

Six years ago David A. Skogheim was approached by Susie Petersen, executive director of the Albert Lea Convention and Visitors Bureau, and was asked if he would be willing to start a Fourth of July car show.

Skogheim and his friends have been around cars their whole lives. Many of the owners of these cars are a part of the Old Car Company, which was formed in 1982. It consists of ventures, scavengers and ram rods.

“It’s kids I grew up with. We all had homemade carts, and it has just progressed from there,” Skogheim said. 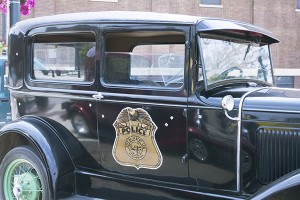 The car show, in its sixth year, will feature a variety of cars. It is open to the public from 2 to 6 p.m. on North Broadway.

The show is free and is open to all ages. This year there will be approximately 80 cars.

This year the Humane Society will have an information and fundraiser booth in the North Broadway parking lot during the show. Show cars should enter on Water Street from Washington Avenue. Mayor, American Legion and People’s Choice trophies will be handed out. There will also be door prizes throughout the show.

“I’m amazed at how much has changed over the years — from Model T to the showcars now,” Skogheim said. “If you want to take a look at these early 20th century cars come see the show.”