Albert Lea woman has collection of more than 500 glass bottles 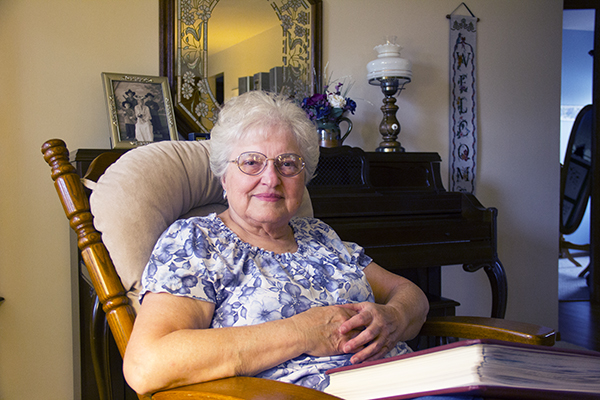 Freeborn County is home to an author, a missionary, a collector and an office administrator. Yes, this is all the same person: Barb Block.

Block has been known by her neighbors and friends for her 500-plus and counting collection of glass bottles, but there is much more to her.

After growing up on a farm in Freeborn County and graduating from Albert Lea High School with the class of 1956, Block taught herself to believe in hospitality and have a strong Christian faith. 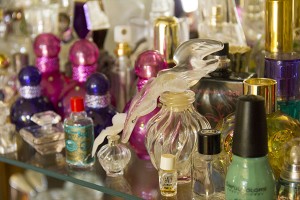 Block has more than 500 glass bottles in her collection. – Elena Schewe/Albert Lea Tribune

“I felt the call of God on my life to enter Christianity,” Block said.

To explore her beliefs, she graduated from college with two majors involving her faith. From there, she became a missionary in New England and set up Christian education programs and churches.

Afterwards, Block met and married a minister in 1963. Together the couple were pastors at churches in Ohio and Indiana, and then had three healthy children.

“All of my children and grandchildren are deep in faith, and that’s all I can ask for,” Block said.

After living in New York, Indiana, Ohio and other states, Block made her move back to Albert Lea in 2002 for her father, she said.

At this time, Block had already started her collections. She collects glass bottles, stamps, coins, recipes and dish sets.

Her most prestigious collection has been her glass bottles.

It all started when her daughter found a washed-up bottle from the ocean and sent a message to Block through the bottle. Each bottle has a small story to it, she said.

She has perfumes, spices, medicines and paste jars. She has never had her collection appraised, but she said that she expects it to be worth a lot.

With experience in writing, Block wrote two books: one about emotions and feelings and one about her life story.

As if everything else isn’t enough, she has also been a regular volunteer around town.

“As you get older, there is something to remember everyday,” Block said.

Interesting Fact: Block has not spent a single penny on her bottle collection; people bring them to her