Area lakes can live again thanks to electric barriers

About two years ago, the Albert Lea Tribune’s headline read, “Why is Fountain Lake green?” Maybe this will help answer that question. The new dam protects Fountain Lake also. My thank you to the Watershed District members, past and present, and those who had a part in the new dam and electric carp barrier on Albert Lea Lake for making it happen! 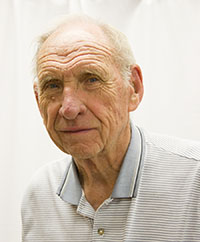 I was on the water board for a year before the Watershed District was authorized. We brought in many experts from the U.S. Fish and Wildlife, DNR, university and dredging, etc. Before we started we were not in agreement as to what it would take to clean up the water. In the end, it all came down to the same thing: Keep carp out of the lake.

Carp are bottom feeders that root up aquatic plants and destroy plankton. Their feeding action stirs the bottom soil into suspension that clouds the water and prevents sunlight penetration to regenerate healthy plant growth. The aquatic plants absorb the unwanted nutrients that heavy, green algae feed on. Algae consumes oxygen, at times, low enough to cause summer fish kills of mostly game fish. Aquatic plants produce oxygen. Some believe heavy green and blue-green algae can harbor bacteria that may cause ear infections and skin problems in some people that are in the dirty lake water.

Carp destroy the chara, a low growing plant and green carpet, on the lake bottom. It has a mass root structure that holds bottom soils down in the wind-churned water. Chara harbors a tiny micro-plankton called daphnia. They are sometimes called water fleas because of the millions present. They have a single, short membrane that takes nourishment (nutrients) from the water. Wherever there is clear water, there is daphnia and chara present. It can only grow as deep as the energy of sunlight can penetrate to the bottom.

Emergent aquatic plants help buffer shorelines against wave-pounding erosion that washes the land away into the lake. At the same time, these plants serve as ambush sites for predator fish and absorb unwanted nutrients to clear the water.

When plankton in lakes is destroyed, it interrupts the food chain. For example, when amphipods, or freshwater shrimp, that North American waterfowl feed on during spring migration on their way back to the nesting and breeding areas are destroyed, northbound waterfowl arrive starved and too weak to reproduce. They migrate north before northern plant life is in lakes and ponds. Never underestimate the value of aquatic plants.

Asian carp are on our doorstep. They are more destructive than common carp. They are larger, heavier and stronger and can jump. Vibration from outboard motors trigger the jumping. They are known to break arms and shoulders on contact with boaters. Boaters in these carp-infested waters wear helmets and use shields. The fear is that Asian carp can destroy so much more plankton, etc. and break down the food chain (not just interrupt it) that could eliminate or wipe out enough bait fish in a lake, leaving game fish without a food supply. If this would happen, it could be all over for fishing and boaters.

Carp barriers go way back. Every type needed manual cleaning. All failed because of clogging. Electric barriers are a miracle because clogging material floats and washes over electrodes that lay on the bottom. They are backed up with a gas generator that automatically starts up the moment power goes off. The location is critical, so carp cannot go around it during high-water periods.

Game fish, northern pike, etc., migrate upstream first in the spring. When the water temperature of the stream warms to about 50 degrees, carp start their run. Managers can allow game fish to migrate into the lake, and the nturn on the barriers ahead of the carp run.

The project was funded by a pair of grants from the Minnesota’s Outdoor Heritage Fund, a percent of the state’s sales tax that created the fund was voted by the people of Minnesota and earmarked for game, fish habitat and water quality. The Shell Rock River Watershed District made requests to the Lessard-Sams Outdoor Heritage Council for the projects. With a 2011 grant for $2.56 million, 257 acres of land at the headwaters was purchased. The land borders 1.4 miles of the Shell Rock River. Much of the land is woods. The other grant for $2.4 million paid for construction of the dam, water control structure and electric fish barrier. Andy Henschel, director of field operations for the Watershed District, said the 257 acres would be transferred to the Minnesota DNR and be managed as a state aquatic management area. It is the latest addition to the DNR’s state water trails program. This is our best chance ever to see near-gin-clear and clean water. It will take some time, but change is coming.

Carp that are already in the lakes and can reproduce must be addressed to get their numbers down. Commercial fishermen can net many out. Big predatory fish, like northern pike, with catch-and-release on fish over a certain size, can create a trophy fishery and control rough fish and carp populations in our lakes. Pike fishermen will still have decent fish for the fry pan.

With electric carp barriers already installed in other Freeborn County lakes, our lakes can live again.