This painting was submitted by Carol and Ken Bertelson. The painting is of the historical Child Kleffner Ranch in Montana. It is believed to be the largest old barn in the United States. It has three floors, 70 windows and 7,000 square feet of floor space. – Provided

The Albert Lea Art Center is incorporating yet another new art show into the community.

The show will run from July 28 to Sept. 5, and will feature Art Center members along with artists favorite things to go with the theme These Are a Few of My Favorite Things. 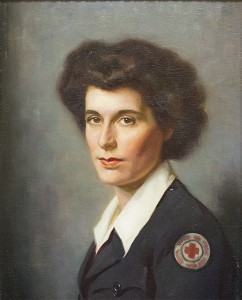 Among the art to be presented are statues, paintings, scrolls and dolls. Mullen said they are expecting about 35 submissions to be in the show.

Art Center members Marty Shepard, Don Nickel, Carol and Ken Bertelson and Harlan Bang are just a few that have submitted pieces to the show.

“I like the opposite poles of them,” Mullen said. “Good examples of types of things people enjoy collecting.”

Mullen also said the gallery committee likes to have each show have its own identity. Each month the committee meets to try and decide on the next art show. Ideas are thrown around until one gets decided on, according to Mullen.

The range of art is widely varied at this art show and is open to anyone.

“It’s not just for artists, it’s for everybody,” Mullen said.

Membership at the Art Center is open to anyone, not just artists. The show runs from Tuesday to Sept. 5 at the Albert Lea Art Center. The open house is from 5 to 7 p.m. Tuesday. The show will be open during regular Art Center hours, 10 a.m. to 2 p.m. Tuesday through Sunday. 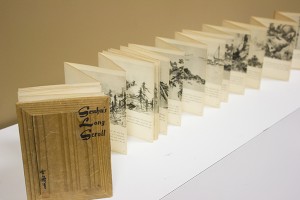 This ancient scroll is a replica of Zen Buddhist Sessho’s original scroll which was influenced by his year-long jouney to China. This scroll was purchased by Bev Jackson Cotter at a Minneapolis Public book sale in 1984. – Madeline Funk/Albert Lea Tribune

What: These Are a Few of My Favorite Things gallery show

How much: no cost