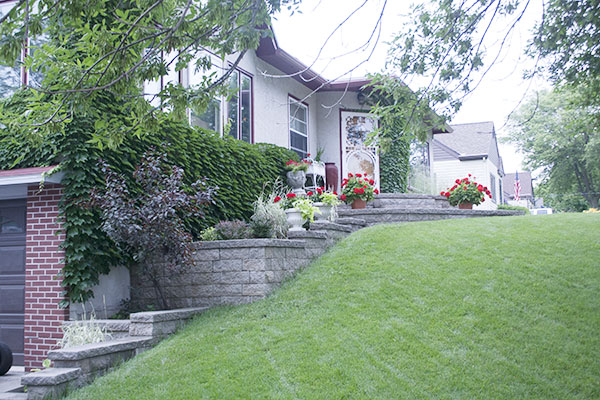 A number of different types of gardens will be on the tour. – Madeline Funk/Albert Lea Tribune

Roxann and Dennis Brue of Albert Lea have transformed the house her parents built in 1948 into a backyard living area.

“Roxann designed it all herself,” Dennis Brue said.

The Brues are just one of the six families in the Albert Lea Art Center Art & Garden Tour that starts on Friday.

According to Art & Garden Tour records, the show has been going on since at least the 1990s. The tour is a way for the Albert Lea Art Center to raise money for incoming projects or renovations.

Donna Widenhoefer is in charge of it this year. She expects people to come out to the tour if they are looking for a good time and to enjoy the color and beauty of the outdoors.

“The gardeners do wonderful things,” Widenhoefer said. “There is an awful lot of history and hard work. Every garden has a story.”

The event will happen rain or shine. Widenhoefer said sometimes people wait until the sun shines to come out, but you should buy your tickets ahead of time.

Tickets can be purchased at the Art Center, Albert Lea Convention and Visitors Bureau, Hy-Vee, Sterling Drug and Addie’s Floral & Gifts. Cost is $10 per ticket.

There are many different types of gardens on this tour. They range from architectural gardens to horticultural gardens. Each garden will present an artist and their artwork.

“Sometimes patios and porches can be art,” Widenhoefer said.

Roxann Brue started gardening and designing for fun but turned out enjoying it.

“It was relaxing,” she said. “It’s you, God and nature by yourself; it’s wonderful.”

The Brue’s backyard is one of the more architectural gardens on the tour. It contains three sections of iron fencing in which a patio lies in between the fence. Flowers, mostly in pots, were chosen to soften the landscape and create a homier feel.

“We want to show art in different forms,” Widenhoefer said.

Roxann Brue said she uses a lot of pots because they’re easier to work with and you can put them where you want.

“People ask if we steal the iron fencing from the cemetery,” Roxann joked.

The artists who will have work on display are Diane Hill, Ann Oliphant, Marty Shepard, Tom Mullen, Erin Murtaugh and Carole Eggum. 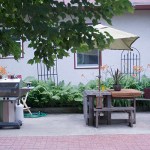 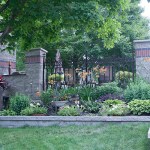 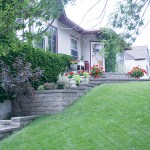 A number of different types of gardens will be on the tour. – Madeline Funk/Albert Lea Tribune 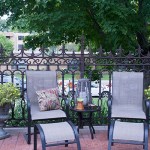 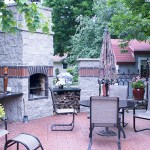