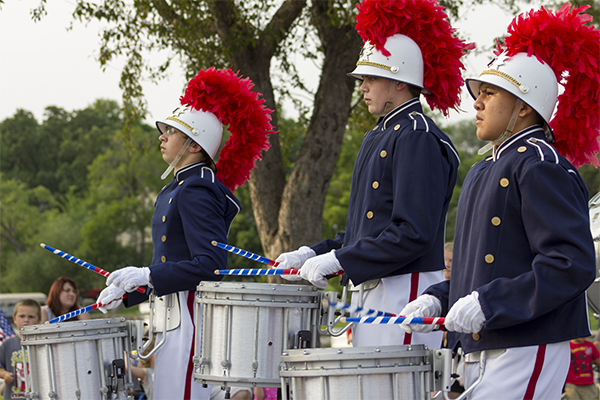 As candy was thrown, children screamed in delight at this year’s Third of July Parade.

Young and old were among those at the parade, which was sponsored by the Albert Lea-Freeborn County Chamber of Commerce. It is also a part of the Fourth of July festivities.

The theme for this year was Teaming up for America and the parade marshals were the Blue Zones project leaders. The first units through the parade were the color guard, followed by military veterans and area fire departments.

Roger Hunt had the opportunity to be on one of the first floats as a military veteran for the Northern Iowa Detachment Marine Corps League. Hunt’s favorite part of being in the parade is showing people that veterans care about them.

“We take this opportunity to say thank you,” Hunt said. “Once a Marine, always a Marine.”

Many of the volunteers in the parade said they do it to promote their group or business but also to have fun.

Some, such as Hope Church’s Caleb Hurley, were doing it for the good of the people but to also gain public knowledge. Last year was Hurley’s first time in the parade, but he had so much fun he decided to try and spread his main idea again.

Many floats in the parade had families of all ages, candy and loud music to attract people’s attention.

The Albert Lea FFA group walked to show the parade goers that everyone can be in it and not just farmers, according to Jazmyn Sellner. Sellner said her favorite part of the parade was seeing all the little kids getting excited when someone hands out freezies or throws candy at them.

Many of the people in the parade have been in it numerous times. Mary Mehus of the Grapevine Twist has been in the parade for at least 25 years. Mehus calls out the dances on the square dancing float.The Grapevine Twist tries to decorate their float to try and fit the theme for each year. Mehus said she tries to get people to enjoy the float by picking good music and dancing.

“Everyone enjoys it,” Mehus said. “On a beautiful day like this, how could you not?”

The Albert Lea Community Theater, along with the Sons of Norway, were both in the parade to celebrate a milestone in their programs.

ACT has been around for 50 years and wanted to incorporate past plays along with their upcoming summer play, “South Pacific.” Dylan Kaercher, who sings and dances in the play, said it’s a great way to get together and do something enjoyable with your friends.

Beverly Wessels and Paul Anderson from the Sons of Norway want people to know that they are still here after 110 years.

“Its good exposure and good for organized greetings,” Wessels said.

The parade also featured marching bands from Albert Lea, NRHEG and United South Central high schools and a drumline from Southland High School. When they came by, many stood up from their chairs to clap and cheer for the bands.

Along with the bands, there were also dancers from Albert Lea Dance Team, Just For Kix and Unlimited Possibilities Dance Studio. Musical groups from past decades also performed, as well as many health groups — such as Anytime Fitness and the Bayside Water Ski Show Team. 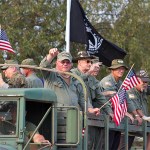 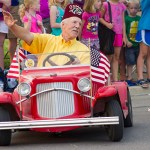 A member of the Shrine Club waves as he takes part in a demonstration on Friday during the Third of July Parade. — Sarah Stultz/Albet Lea Tribune 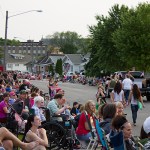 The streets on the Third of July Parade route were filled with people as floats came by. — Sarah Stultz/Albert Lea Tribune 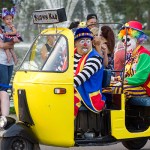 Two people dressed up as clowns are part of the Rochester Merry Medics float on Friday night in the Third of July Parade. — Sarah Stultz/Albert Lea Tribune 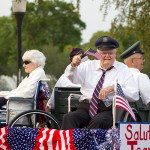 World War II veterans wave to the crowd in the Third of July Parade on top of the float for St. John’s Lutheran Community. — Sarah Stultz/Albert Lea Tribune 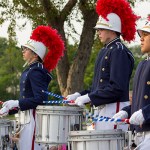 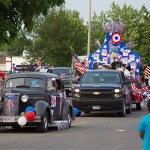 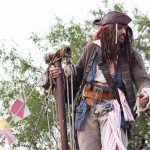 Minnesota Jack Sparrow speaks to people on the route of the Third of July Parade on Friday evening. — Sarah Stultz/Albert Lea Tribune