Memorial services for Charlotte K. Nesset-Severtson of Glenville will be at 10 a.m. Saturday at First Lutheran Church in Glenville. The Rev. James Rushton will officiate. Friends may greet the family one hour prior to the service at the church. 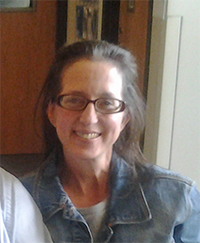 Charlotte was born July 17, 1966, in Freeborn County, the daughter of Orville and Irene Nesset. She was a high school graduate and was self-employed, operating a daycare from her home.

On April 10, 2015, she was united in marriage to Mike Severtson in Austin. Charlotte was a member of First Lutheran Church in Glenville. For several years she lived in Clarion, Iowa, before returning to Glenville. She enjoyed camping, fishing and going to concerts.

She was preceded in death by her father, Orville Nesset; and brother, Barney Nesset.