The sidewalk on Virginia Place will be replaced on one side of the street. 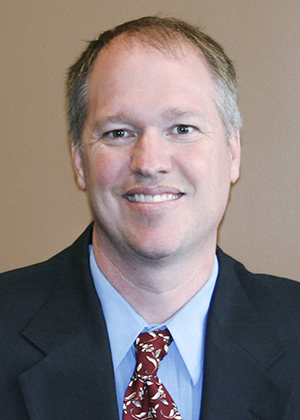 A bid to conduct the project from Ulland Brothers, a paving contractor, for about $2.1 million, was accepted by the Albert Lea City Council Monday night.

The project should begin soon, Albert Lea City Manager Chad Adams said. Adams expects most, if not all the work to be done by fall. A pre-construction meeting will probably be held next week. Adams doesn’t expect traffic will be affected that much because of the abundance of side streets, but he does expect there will be an impact on residents.

“Fifth Street and Virginia Place are two of the worst spots in Albert Lea for drivability,” Adams said. “There’s flooding in that area.”

“We focused on this particular area,” Adams said. “From an affordability standpoint, we can only do so many projects in one year.”

A boulevard between the curb and the sidewalk is going to be designed differently to help contain water and provide ground infiltration, Adams said.

The city is looking at other, smaller options to help prevent flooding.

Work will include the removal and replacement of concrete curb and gutter, subgrade correction, granular base material, water main replacement, sanitary and storm sewer replacement, sidewalk replacement and the installation of drain tile.

“Many sections of the curb and gutter are deteriorated badly,” said Albert Lea City Engineer Steven Jahnke in his report. “Over the years, sections of the street have developed dips and humps, decreasing the rideability. The existing sanitary sewer from Fourth Street to Sixth Street is vitrified clay pipe that is more than 80 years old and has developed many cracks, mineral deposits, root growth and sags. It is important to replace this aged utility before a section of it collapses, causing an emergency repair situation. This replacement will also diminish the infiltration of groundwater into the sanitary sewer.”

“This is an area that has needed the reconstruction for many years,” said Third Ward Councilor George Marin.

Albert Lea has many low-lying areas that have flooding issues that cost a lot of money to address, Marin said.

“It seems like the City Council is taking the right steps to address the situation,” Marin said.

“It’s still not going to completely fix flooding issues,” he said. “This is supposed to slow the water down in that area. There is still a lot of work that needs to be done in the area to fix the overall situation, but this is a step in the right direction. These people have waited a long time for this, and I’m thrilled that we could take the step in the right direction.”