Memorial services for Daniel Chester Jahns, 71, of Casa Grande, Arizona, will be at 1:30 p.m. Monday at United Methodist Church, 702 S. Highway 69 in Albert Lea. Interment will be at Hillcrest Cemetery, 17544 U.S. Highway 65 in Albert Lea, following the funeral service, with military honors by Albert Lea veterans organizations. Dan attended Sunday school and was confirmed in this church. His son, Bob, was baptized in this church prior to Dan’s departure to Vietnam. 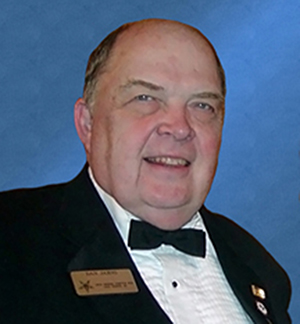 Dan passed away Saturday, June 6, 2015. He survived a two-year struggle from soft tissue spindle cell sarcoma cancer throughout the abdomen. He waited until D-Day to say, “I’ve given it my all. It’s time to say goodbye.”

Dan was born March 3, 1944, in Spring Valley to Chet and Dorothy Jahns. He was a graduate of Albert Lea High School and a student of Luther College and Mankato State College, where he pledged Tau Kappa Epsilon.

On Sept. 28, 1966, he was united in marriage to Susan Stadheim at First Presbyterian Church in Albert Lea. They raised two sons, Tim and Bob, who live in Tucson, Arizona, and Sedona, Arizona, respectively.

Dan served his country in the United States Army Artillery, was a captain while serving in Pleiku, Vietnam, in 1969 to 1970, joined the Minnesota and the Arizona National Guard, and graduated from the Army Command and General Staff College in 1976. Dan was a police officer in Albert Lea from 1970-1979 and an Allstate insurance agent in Arizona from 1981 to 2002.

Dan was a brother in the Masonic Lodges of Casa Grande  No. 30 and Eloy No. 46 in Arizona. On Nov. 24, 2003, Dan was initiated into the Order of the Eastern Star with his wife, Sue. They served as worthy patron and worthy matron of Casa Grande Chapter No. 28 in 2009 and 2010. Dan was the grand representative of Tennessee in Arizona in 2012. He served his Casa Grande Chapter  No. 28 proudly as chaplain and took his duties seriously with compassion, sincerity, conviction and love for Jesus.

Dan was a member of United Methodist Church of Albert Lea until 1979 and First Presbyterian Church of Casa Grande until 2015. He was a member of the Elks, American Legion and Veteran of Foreign Wars. He loved the Arizona Cardinals football team and had seats on the 45-yard line, row 23 for many years. His family vows to carry on the Cardinals tradition.

Dan is survived by his wife, Susan Stadheim Jahns, of Casa Grande; sons Tim and his significant other, Denise Shoemaker, of Tucson and Bob and his wife, Sally, of Sedona; mother, Dorothy Bertalot Jahns, of Albert Lea; sisters Kathy Popp of Byron and Marlene Nelson of Kaiser, Oregon; brothers Tom and his wife, Elaine, of Battle Creek, Michigan, and Rick and his wife, Dodi, of Gilbert, Arizona; and nieces and nephews David, Jeff, Brenda and Karen, Carole and Mike, Kris and Phil, and Juli.

Dan was preceded in death by his father, Chet Jahns; and nephew, Ken Jahns.