Donald D. Eastman, 79, of Wells died Saturday, July 25, 2015, at Good Samaritan Society of Albert Lea with his wife by his side. A funeral service will be at 10:30 a.m. Thursday at United Methodist Church. The Rev. Paul Woolverton will officiate. Visitation will be from 5 to 7 p.m. Wednesday at Bruss-Heitner Funeral Home in Wells. Interment will be at Rosehill Cemetery. Military honors will be provided by Wells color guard. Bruss-Heitner Funeral Home of Wells is in charge of arrangements. Please see www.brussheitner.com to leave online condolences. 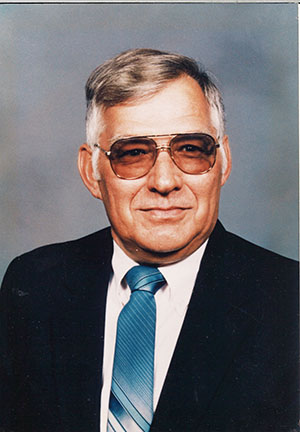 Don was born Jan. 16, 1936, in Wells, the son of Vernon and Florence (Torgeson) Eastman. He graduated from Kiester High School in 1954, and then attended Arkansas State University for two years. Don honorably served 20 years in the United States Air Force. He was united in marriage to Audrey Sorensen on Oct. 4, 1997. Don worked as a bus driver for United South Central School. Don was a member of the American Legion and United Methodist Church in Wells. He enjoyed visits with his family — especially his grandchildren.

Don is preceded in death by his parents; brother, Duane (Lois) Eastman; and son-in-law, Lee Church.