Editorial: Event is a draw to downtown 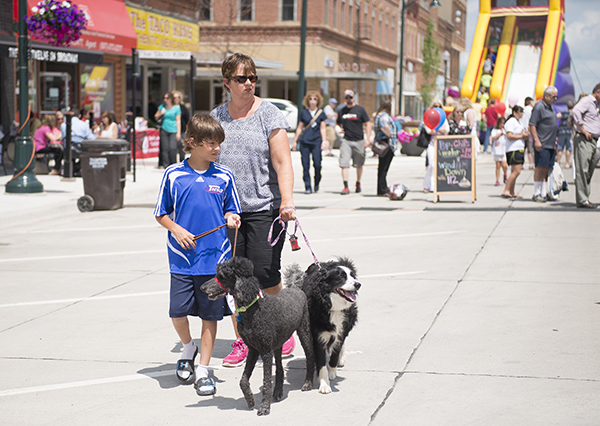 Downtown Albert Lea was the place to be on Wednesday. Anyone who ventured out to Broadway will agree that the second Wind Down Wednesday of the summer was a huge success.

Whether you came down to check out the opening of West End Architectural Salvage in the Freeborn National Bank Building, participate in the pop-up splash pad on North Broadway with your children or purchase food or other goods from area vendors, there was something for everyone.

Wind Down Wednesday is bringing multiple generations of people together for a day of fun and socializing. It’s giving the community something to look forward to and a way to meet others here.

We applaud Albert Lea Convention and Visitors Bureau Executive Director Susie Petersen and the other organizers for all of their hard work to make this event happen. Also notable is the work organizers are making to attract young families to the event at free or low cost.

The collaboration with the Albert Lea Fire Department in bringing out the pop-up splash pad was a great introduction to potential plans to bring a permanent splash pad to the city.

By the support the Fire Department received Wednesday, it appears the community would be in favor of a permanent version.

If you haven’t made it to one of the Wind Down Wednesdays yet this summer, there is still one more slated next month on Aug. 19. Vendors and entertainment will be out from 11 a.m. to 8 p.m.

Come out and support this community-building event. You won’t be disappointed.