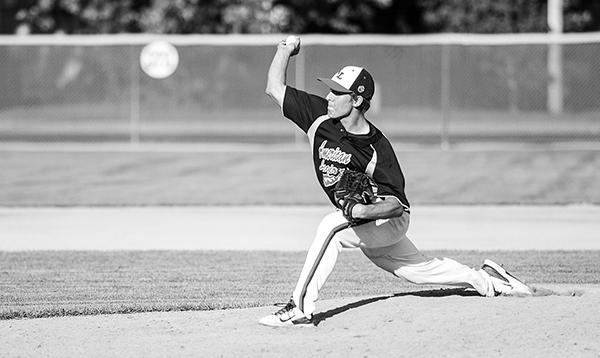 Summer action on the diamond is winding down, but opportunities remain to show support for the Albert Lea Legion Post 56 and VFW Post 442 baseball teams.

Post 56 has two more regular season games left on its schedule: a doubleheader against the Rochester (Mayo) Redhawks at 5 p.m. Friday at Dale Massey Field in Rochester.

Since the playoffs will be hosted by Mayo at Dale Massey Field, Albert Lea will have a chance to check out where it will play in the postseason starting on Tuesday.

Post 442 is headed into the playoffs after taking second place out of 12 teams on Saturday and Sunday at the Owatonna VFW Tournament. Albert Lea won its pool with a 6-0 victory over Apple Valley and a 3-2 win over Faribault. In bracket play, Post 442 added a 13-3 win over East Ridge in five innings before an 8-2 loss against Rochester Century in the championship game.

We applaud VFW coaches Cory Thomas and Nate Wilson for developing multiple players who have contributed at both the VFW the Legion levels, like

Blake Simon, Jake Bordewick and Zach Edwards. Just like the Legion, we wish the VFW nothing but the best in the postseason.

Along with Albert Lea’s summer baseball, two schools in our coverage area from Iowa play school baseball and softball in the summer: Lake Mills and Northwood-Kensett.

The Bulldogs’ and Vikings’ baseball seasons wrapped up Tuesday. Forest City edged Lake Mills 6-5 in the Class 2A District semifinals, and Newman Catholic defeated Northwood-Kensett 15-0 in four innings in the Class 1A District 4 quarterfinals.

Softball season ended for Lake Mills in the Class 2A Region 3 quarterfinals on July 8 and in the Class 1A Region 2 first round on July 6 for Northwood-Kensett.

The fall sports season will be here in the blink of an eye.

Albert Lea’s first action on the gridiron will be against Waseca at 7 p.m. Aug. 22 at Jim Gustafson Field, and the volleyball team will start at 7 p.m. Aug. 27 at Chaska.