From brewpubs to restaurants, Rochester’s food scene is changing 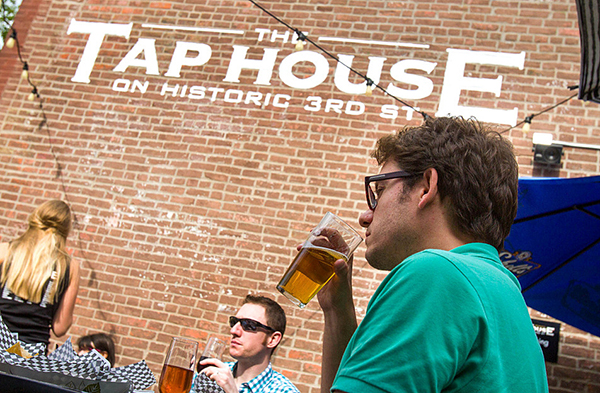 Since its opening in mid-April, the brewpub has quickly grown in popularity. Modern and casual with wooden table tops, its large windows showcase seven brew barrels. The menu includes a foie gras burger, duck nachos and bison tartare.

Amid a building boom sparked by a massive Mayo Clinic expansion that is expected to add 32,000 residents, Minnesota’s third-largest city is seeing big changes in its food scene. Besides Grand Rounds, Rochester is home to the Kinney Creek brewery, which opened in 2013. By the end of the summer, they will be joined by LTS Brewing Company and Forager Brewery. All will be independently operated.

Some say the new restaurants are making Rochester’s core area a more vibrant place to visit.

Among the recent early dinner guests at Grand Rounds were Heather and Nathan Bird, North Dakota residents who have been coming to Rochester for the last six years, following Heather Bird’s liver transplant at Mayo Clinic. She no longer drinks alcohol, but Nathan Bird is a fan of breweries.

“It’s nice to be able to have somewhere close to the hospital … to kind of get away from all that for a little bit,” Nathan Bird said.

Heather Bird said she likes the menu at Grand Rounds. She also is heartened by the city’s growing number of other new dining options.

“It’s just interesting to see all the new places that open up every year,” she said. “He’s really into breweries, and we see that more of those are starting to develop in Rochester.”

Grand Rounds General Manager Kelly Griffin said if the brewpub’s first three months are any indication, there is plenty of demand for all of the operations in Rochester. During its first few weeks, from Thursday through Saturday people lined up outside the brewpub, she said.

“It’s been non-stop since the day that we opened,” Griffin said. “It was just crazy busy.”

Downtown Rochester also is home to Terza Ristorante, a new upscale Italian restaurant; the Half Barrel Bar & Kitchen, a whiskey bar; and the Tap House, a craft beer bar. People’s Food Co-op moved to the downtown area a few years ago and the Saturday farmers market includes more options every year.

In all, 35 restaurants have opened in the downtown area in the last five years, including operations from familiar national chains like Dunkin Donuts and Cinnabon as well as independently-owned coffee shops and bars, according to the Rochester Convention and Visitors Bureau.

Tens of thousands of workers leave downtown offices after work every day and many are choosing to return to the area for evening entertainment, said Jenna Bowman, executive director of the Rochester Downtown Alliance.

Another food option growing in popularity are food trucks. Some people in the city want to the city to allow more of them, but current rules make that difficult. A city ordinance prohibits food trucks on public land in the downtown area. Food trucks in Rochester have to move every 15 minutes.

Among those who want to change that is Rochester resident Annie Henderson, who recently organized a food truck summit to get people in the community talking about how to make them work in the city.

“I think there might be a lot of opportunity downtown as we redevelop,” Henderson said. “We could potentially even have a rotating food truck court on properties that aren’t yet developed or torn down and (are) sitting waiting for whatever to happen to them.”

As more restaurants are opened, the city’s growing food scene is a welcome change for some.

Heather Bestler, who moved to Rochester from the Twin Cities last month, said she was a little nervous about what the food offerings would be like in Rochester but has been pleasantly surprised.

Although the city would benefit from more ethnic restaurants, especially downtown, she said it now offers options for even the most discerning palates.

“I think the perception is that Rochester is still a very small town that doesn’t have much to offer,” she said. “Pretty much in every sense that has changed. There’s a lot to offer for a foodie here in Rochester and it’s only getting better.”