Gaylord Rolland Korman, 86, of Wells died Saturday, July 25, 2015, at Parkview Care Center in Wells. A funeral service will be at 10:30 a.m. Wednesday at Good Shepherd Lutheran Church in Wells. The Rev. Mary Iverson will officiate. Visitation will be from 4 to 7 p.m. Tuesday at Bruss-Heitner Funeral Home in Wells. Interment will be at Rosehill Cemetery in Wells. Bruss-Heitner Funeral Home of Wells is in charge of arrangements. Please see www.brussheitner.com to leave online condolences. 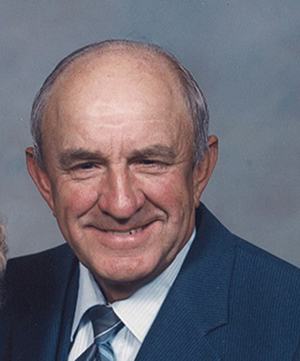 Gaylord was united in marriage on Nov. 20, 1951, to Betty Carol Hueper at St. Paul’s Lutheran Church. He was a farmer, he did custom crop spraying and sold Trojan seed corn. Gaylord also was a surveyor in Florida, and worked at Queen’s and Wilson & Co. in Albert Lea. He was a member of Good Shepherd Lutheran Church, Wells Sportsman’s Club, Wells Rifle and Pistol Club and a snowmobile club. Gaylord enjoyed fishing, coin collecting, stamp collecting, playing cards and trapping. He liked spending his summer weekends at the cabin with family and friends and wintering in Florida.