George Peter Erb, 86, of Mankato, formerly of Wells, died Monday, July 13, 2015, at Pathstone Living in Mankato. A Mass of Christian burial will be at 10:30 a.m. Thursday at St. Casimir Catholic Church in Wells. The Rev. Jason Kern will officiate. Visitation will be from 4 to 7 p.m. Wednesday at Bruss-Heitner Funeral Home in Wells and will continue one hour prior to the service at the church on Thursday. Interment will be at St. Casimir Catholic Cemetery. Military Honors will be accorded by the Wells Color Guard. Bruss-Heitner Funeral Home of Wells is in charge of arrangements. Please see www.brussheitner.com to leave online condolences. 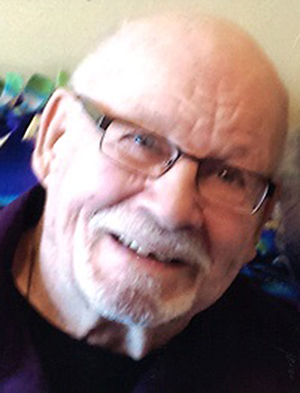 George Peter was born May 21, 1929, in Dow City, Iowa, the son of Joseph and Alice (Jacobsen) Erb. George honorably served his country in the United States Army as a small arms mechanic from June 25, 1947, through June 1, 1950. On May 29, 1952, he was united in marriage to Joan Bowen at St. Casimir Catholic Church in Wells. George worked for Bruce Spencer House Moving, owned and operated George’s Shoe Repair in Wells, worked for Wilson & Co. and Farmstead in Albert Lea and worked for Swift Eckridge in Wells. He was a member of St. Casimir Catholic Church, the Veterans of Foreign Wars of Wells and was a fourth degree Knight of Columbus.