Jack Lee Sainsbury, was born on June 8, 1931, in Strongs Prairie, Wisconsin, the son of Allen and Doris (Goman) Sainsbury.  As he was growing up, the family lived in various parts of Wisconsin.  In 1946, the family settled in Albert Lea. Jack worked for several area construction companies and then at Wilson & Co., from which he retired due to a work related injury. He was a car buff and was especially proud of his 1940 Ford Coupe, which he recently sold. He called himself the backyard mechanic as he helped many obtain parts, gave advice and fixed their automobiles. He also raced stock cars and enjoyed watching NASCAR racing. 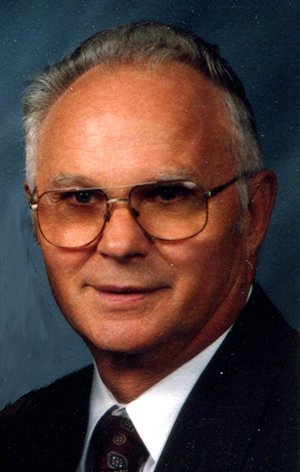 Jack’s purpose and pride came from his family. His wife, children, grandchildren and great-grandchildren took top priority in his life.  His dedication was evident, as he had been physically present at all family birthday celebrations.

He was preceded in death by his parents; and brothers and sisters Ralph Sainsbury, Hazel Klaviter, Glen Sainsbury, Alice Williams, Vic Sainsbury and Lloyd Sainsbury.

A memorial gathering will be from 4 to 6 p.m. Friday at Bonnerup Funeral Service in Albert Lea.  Private interment will be at Hillcrest Cemetery.