Jason Williams, 41, of Alden, beloved son of Craig and Tammy Williams and father of Colton, Macy and Logan; died unexpectedly at his home on Tuesday, July 7, 2015. 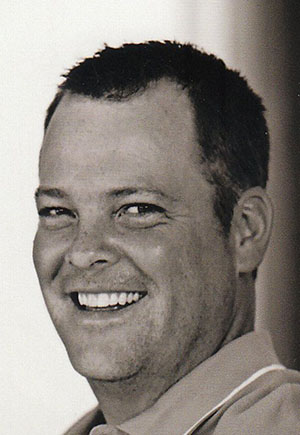 Memorial services will be at 10:30 a.m. Saturday at Redeemer Lutheran Church in Alden.  Visitation will be held from  4 to 7 p.m. Friday at Bayview/Freeborn Funeral Home and one hour prior to the service at the church. Online condolences are welcome at www.bayviewfuneral.com.

Jason was born at the Wells Hospital on Aug. 28, 1973, and graduated from Alden-Conger-Freeborn High School in 1991. He attended Austin Community College for one year and then began working for Sauke Construction where he continued until the time of his death. He helped many friends and family members with his carpentry skills.

Jason was a member of Redeemer Lutheran Church where he was baptized and confirmed. People will remember him as a friendly person who was always smiling and liked to joke and tease. Jason liked to spend time with his family and friends and his dog, Mallory.

Other family members who survive Jason are his sister, Stacy, of Rochester; and many aunts, uncles, and cousins. He had scores of friends who will also miss him.