Jessie Clare Duncomb was born Sept. 15, 1927, in Fillmore County to William and Myrtle (Lindfield) Duncomb. She attended school in District 86 in York Township. On Sept. 3, 1949, Jessie was united in marriage to George Swain in Austin. The couple raised four sons. Jessie enjoyed her role as wife and mother to her children, as well as her job at Hormel Foods. She spent her free time gardening, doing puzzles, reading and playing cribbage. She was a member of Oakland Baptist Church where she served on the women’s circle. She also volunteered at the senior center and delivered the Mower County Shopper for many years. 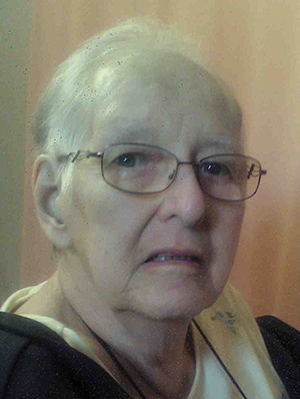 She was preceded in death by her parents William and Myrtle Duncomb; her husband, George Swain, in 2003; two brothers; and five sisters.

Funeral services will be at 11 a.m. Saturday at the Worlein Funeral Home chapel in Austin with the Rev. Bernie Boldt officiating. Visitation will be from 4 to 7 p.m. Friday at Worlein Funeral Home and one hour prior to the service on Saturday. Interment will be in Grandview Cemetery.  Memorials can be directed to Oakland Baptist Church.

Services were prearranged and will be performed by Worlein Funeral Home of Austin. Condolences may be expressed to the family online at www.worlein.com.