Funeral services for John L. Bisek of Albert Lea will be at 11 a.m. Friday at St. Theodore Catholic  Church. The Rev. Russell Scepaniak and Deacon Mike Ellis will officiate. Interment will be in St. Theodore Catholic Cemetery. Military honors will be accorded by Albert Lea veterans organizations. Visitation will be from 4 to 7 p.m. Thursday at Bonnerup Funeral Service in Albert Lea and one hour before the service at the church. 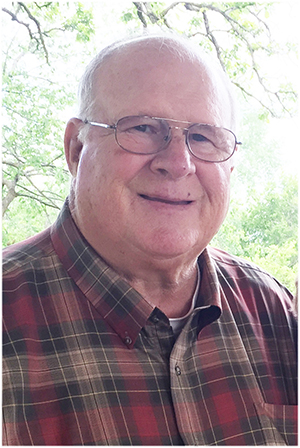 He was born on Nov. 7, 1941, in Cleveland, Minnesota, the son of Ludvick and Margaret (Harty) Bisek. He attended Waseca Ag School and then graduated from Cleveland High School in 1959. In 1962 he began managing the elevator in Blakeley. This is where he met the love of his life, Linda. From 1964 until 1966, John served his country with the United States military police stationed in Germany.

When he returned from the service in 1966 he managed Speltz Elevator in Hope. John and Linda (Anderson) were married June 17, 1967, in Belle Plaine. He managed several area elevators until his retirement in 2007. John and Linda made Albert Lea their home since 1976. In addition to the grain business, the Bisek family began a sweet corn and seed business.  Bisek Gardens has been in operation since 1978. John was a member of St. Theodore Catholic Church.

John will be lovingly missed by his wife, Linda; son, Paul Bisek, of Hayward; daughter, Laura Bisek (Quinn Sullivan), of Stillwater; granddaughter, Maya, of Stillwater; brothers and sisters Norbert and Sharon Bisek of Hillman, Ed and Sandie Bisek of Cleveland, Kathy and Roger Heller of Bloomington, Jim and Cindy Bisek of Red Wing and Patti Bartusek of New Prague; brothers-in-law and sisters-in-law Jim Stoffel of St. Peter, Lola and Dale Dobesh of Savage, Roger and Joan Anderson of Cambridge and Rodney and Joanne Anderson of San Diego; aunt, Anna Harty, of  Chaska; and many nieces and nephews.

John was preceded in death by his parents; brother, Robert Bisek; and sister, Mary Stoffel.

According to John’s family, John was known for his compassion for others. He will always be remembered as a big man with a big heart who gave awesome hugs. His smile and the way he made people feel will always bring cherished memories.